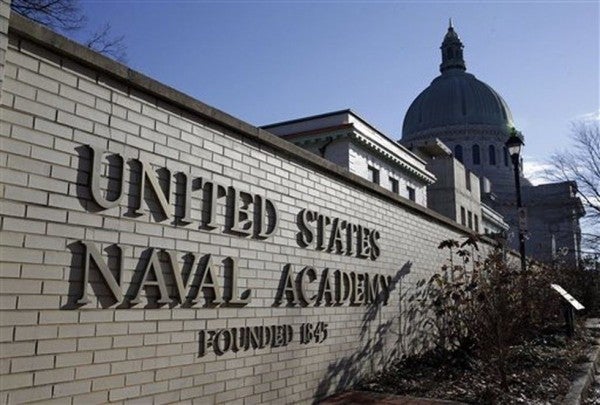 The conviction of a former Naval Academy midshipman for sexually assaulting a female midshipman while she slept has been overturned.

Court documents called the 2016 incident between Gilpin and a female fellow second-class midshipman, referred to in court as KS, “an alcohol-fueled sexual encounter.” Gilpin was acquitted of sexually assaulting KS for being too intoxicated to consent but was found guilty of sexually assaulting her while she was “asleep and otherwise unaware” in her Bancroft Hall dorm.

A three-judge Navy-Marine Corps Court of Criminal Appeals panel granted the appeal, court documents said, due to a misspelling in the conviction, evidence being “legally and factually insufficient,” lack of jurisdiction over Gilpin after he separated from the academy and prosecutorial misconduct committed by the trial counsel.

“There is simply too much reasonable doubt associated with the evidence in this case,” judge Lt. Col. John Stephens wrote for the panel.

“We are not charged with deciding 'who to believe,' but simply whether the Government proved its case beyond a reasonable doubt. It did not.”

Stephens wrote that KS had no memories from the evening of the reported assault, “from the time she was drinking … until the next morning, except for one thing — she remembers a dream-like snapshot where she saw MIDN Gilpin's face as she was on top of him in her bed.”

The next day, after Gilpin told a mutual classmate of what he called their “drunken hookup,” KS texted Gilpin, “Wake your ass up I need to talk to you,” court documents said. Gilpin then offered to buy KS Plan B emergency contraception since both midshipmen were concerned she would get pregnant, Stephens wrote.

One of KS's fellow midshipmen said KS called her later that morning, ” 'crying' and 'hysterical' and said she woke up in her bed with her pants off and hickeys on her neck,” according to the ruling.

Navy's Judge Advocate General Corps spokeswoman Patricia Babb declined to comment on whether the Navy will appeal the ruling.