Apple Removes Video Game That Portrays Taliban As the Enemy 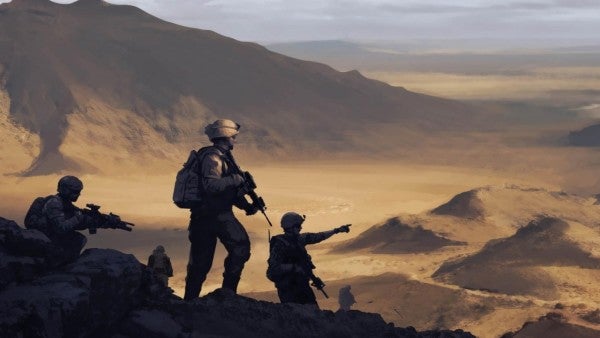 Apple says it's not okay to kill the Taliban in a video game.

The technology giant pulled a wargame simulating the current war in Afghanistan from its App Store last month. “Afghanistan '11 is a simulation of the U.S. campaign in Afghanistan (an expansion pack features Britain's Royal Marines). It's a detailed simulation where players assume the role of a U.S. military commander, who must perform counterinsurgency operations such as hunt and destroy Taliban fighters while not antagonizing the local population.”

British publisher Slitherine shared part of an email it received from Apple regarding the game:

“We are writing to let you know about new information regarding your app, Afghanistan '11, version 2.0.3, currently live on the App Store. Upon re-evaluation, we found that your app is not in compliance with the App Store Review Guidelines. Specifically, we found:

Your app includes content that targets people from a specific government or other real entity as the enemies in the context of the game. Specifically, your app is a realistic, strategy simulation game that focuses on the US army operations in Afghanistan during 2011.

Despite the grace period, the game was pulled from the App Store the same day that Slitherine received the email. Apple did not respond to queries from the National Interest.

This isn't the first time that Apple has removed a conflict game for political reasons. In 2013, it deleted a game on the Syrian Civil War, even though it was actually an educational game to teach people about the conflict. In 2015, it removed computer games that featured a Confederate flag, though it later allowed some to return to the App Store.

What's peculiar isn't the games that Apple removes, but rather the games that it considers acceptable. For example, the App Store contains six games in the Panzer Campaign series , detailed historical simulations of major battles in World War II. As if the titles themselves weren't a clue—”panzer” is the German word for “tank”—all of these games involve Nazi troops battling either American, British or Soviet troops.

Perhaps it could be argued that World War II games focus on a Third Reich that no longer exists, while Afghanistan '11 could ruffle sensitivities because it depicts a Taliban that exists in the present. Still, for all the cruelty of the Taliban, it's more than debatable that the Nazis were any better.

To be fair to Apple, some games deserve to be extinguished, such as the new neo-Nazi game where players kill Jews, gays and journalists. But games like Afghanistan '11 are more than entertainment: they are interactive history that gives players a chance to step into the shoes of historical or current commanders and perceive the dilemmas that soldiers and politicians face.

Unless you believe that the American public suffers from too much knowledge about America's nearly twenty-year war in Afghanistan, which has cost the lives of nearly 3,000 U.S. soldiers killed in action, then a simulation like Afghanistan '11 fulfills a vital role.