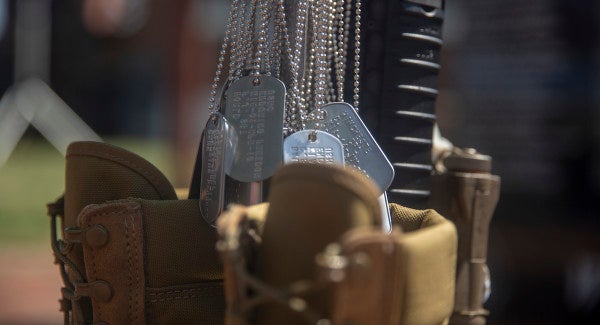 The DOD does not elaborate on how Lewark died, but the release said they are investigating the incident.

A spokesman for the New Mexico National Guard did not respond to messages and calls for comment Saturday.

Juan Reyes, chief of the Mountainair Police Department, said Lewark was an excellent officer who served with the force for a year before being deployed.

“He will be greatly missed,” Reyes said. “He was an asset to the community. The town of Mountainair is saddened by his passing.”

Mountainair Fire and Rescue posted a tribute to Lewark on its Facebook page Friday, thanking him for everything he did for “our town, for us and our community.”

“It's so hard to say goodbye to you Walter. …You were the one who pushed us to be better and better with every fire we fought. You were also the one who made us laugh time and time again. Your smile was the best and when we couldn't smile your smile made us shine again,” the tribute reads. “You will be truly missed and we will never forget you. …You can relax now. There are no fires and no arrest warrants in heaven.”

Mountainair Mayor Peter Nieto said Walter was a father and one of the town's most decorated firefighters.

“He was a very dedicated individual and his death is touching many lives in Mouintainair,” he said.

Capt. Scott Rye, a U.S. Navy spokesman, said Lewark was part of Task Force Guardian, “whose mission primarily was to provide security at Camp Lemonnier and contingency locations throughout East Africa, as well as training missions with African partners.”

Operation Enduring Freedom-Horn of Africa is an ongoing military operation that commenced in October 2002 and aims to disrupt and detect terrorist activities in the region.