Army maneuver officials are testing quadcopter drones capable of carrying ammunition, water and other supplies into battle, a "promising" concept that could eliminate the danger of resupplying infantry units in the middle of a gunfight 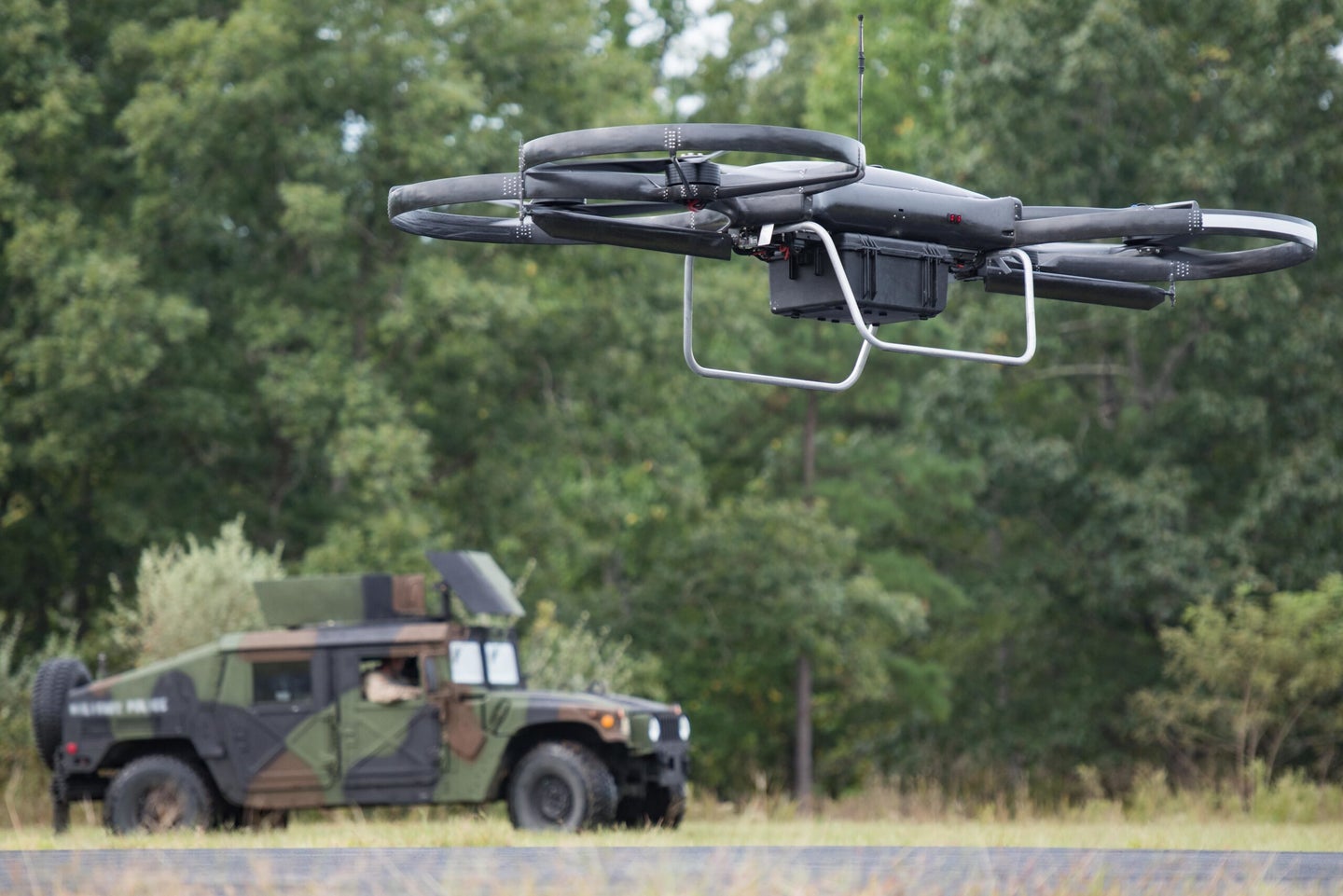 Army maneuver officials are testing quadcopter drones capable of carrying ammunition, water and other supplies into battle, a “promising” concept that could eliminate the danger of resupplying infantry units in the middle of a gunfight.

“Normally, you would bring the supplies up once you reach some sort of termination, reorganization and consolidation in the fight,” Ed Davis, director of the Maneuver Battle Lab at Fort Benning, Georgia, told Military.com. “What this does is allow you to bring emergency supplies forward while you are still in the fight because it’s unmanned.”

The battle lab kicked off Army Expeditionary Warrior Experiment (AEWE) 2021, during which it plans to refine tactical resupply using improved variants of commercial drones that participated in last year’s experiment, he said.

“We started out doing blood resupply … but we didn’t realize that the birds had the lift capacity they did, so we expanded out the tactical resupply and said, ‘Well, this has promise,'” Davis explained. “One of these that we worked with can bring about 80 to 150 pounds of emergency resupply forward.”

The current AEWE began in late October and will consist of soldiers conducting live-fire and force-on-force experiments on more than 50 new technologies. It is scheduled to run until March 2021.

Early next year, soldiers will use the tactical resupply drones during force-on-force events, after the battle lab began recommending that the Army evaluate the concept further following, last year’s AEWE, Davis said.

“The recommendation coming out of the Maneuver Center of Excellence here after that was ‘Hey look, this is a good concept. The technology is kind of in the sweet spot; we recommend that the Army purchase or procure a few of these and give them to an IBCT because an infantry brigade combat team is probably most likely to benefit from it,'” he said.

The current drone technology being tested is capable of flying autonomously to a set location, dropping a load of supplies and returning, Davis said, adding that it is far more dangerous to send trucks or UH-60 Black Hawk helicopters to resupply units in the middle of a fight.

“Convoys are typically ambushed trying to get the stuff forward, so it’s much more secure when we bring emergency supplies forward when they are in the fight,” he said. “Normally, you are thinking about a helicopter, two pilots and a crew chief, so this mitigates having to do that, and we can actually push the supplies forward because it’s not manned. And you can actually drop it right in the back of where the soldiers are fighting. If you lose one, it’s not that catastrophic.”

“In the interim, in this AEWE coming up in February and March, we will have those birds and we will probably have some more advanced birds, and we are going to advance the concept in this AEWE to include the XVIII Corps bringing people down to take a look at it so we can further the concept’s tactics, techniques and procedures,” he added.

“We think that has great potential … but we don’t know how many you would need, what would be the optimal size, you also have to look at manpower requirements, training requirements and all that, so the only way we can really do a good job of that is to get it out into an IBCT,” Davis explained.

The Army is working on other unmanned resupply options. The service hopes to start fielding the first of 624 Small Multipurpose Equipment Transports (S-MET) — an unmanned mule capable of carrying 1,000 pounds of equipment for more than 60 miles — in the second quarter of fiscal 2021 as a way of reducing the individual load soldiers have to carry into the fight.

Using S-METs and possibly drones for future tactical resupply gives a commander “the ability to really look at the load, being that you can bring part of your supplies forward on short notice,” Davis said.

“The soldier might not have to carry it in the future; it could come off of a S-MET … so we are looking at a lot of those kinds of things too — how to best use equipment without making our soldiers be donkeys,” he said.