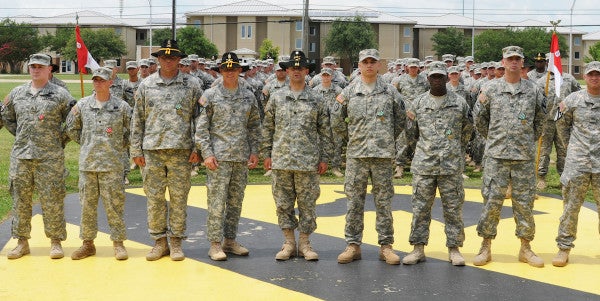 The U.S. Army on Friday announced its plans to deploy about 3,700 soldiers to Korea as well as to Iraq and Kuwait.

Some 3,500 soldiers from the 2nd Armored Brigade Combat Team, 1st Cavalry Division, stationed at Fort Hood, Texas, will deploy this summer to the Republic of Korea, according to an Army press release.

“The Black Jack Brigade looks forward to returning to the Republic of Korea,” said Col. Steve Adams, commander of 2nd Armored Brigade Combat Team, 1st Cavalry Division. “Our troopers are trained and ready for this vital mission, and we are honored to sustain and strengthen this long-standing strategic alliance.”

The Army will also deploy about 250 soldiers from the III Corps Headquarters stationed at Fort Hood, Texas, to Iraq and Kuwait, this summer in support of Operation Inherent Resolve.

Also a regular rotation of forces, III Corps will replace XVIII Airborne Corps as the headquarters of the Combined Joint Task Force-Operation Inherent Resolve, the global coalition to defeat the Islamic State of Iraq and Syria.

“III Corps is ready for this important mission. We will build upon the success of the XVIII Airborne Corps. The Phantom Corps looks forward to maintaining the momentum of the campaign as CJTF-OIR with more than 60 coalition nations and partner organizations,” said III Corps and Fort Hood Commanding General Lt. Gen. Paul E. Funk II.