Undeterred by decades of failure, the U.S. Army is trying again to acquire a new scout helicopter 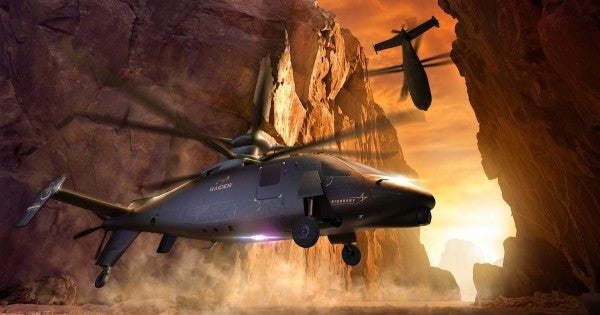 Undeterred by decades of failure, the U.S. Army is trying again to acquire a new scout helicopter. The new rotorcraft is supposed to restore the dedicated aerial scout mission the Army gave up when in 2017 it retired its roughly 300 Bell OH-58D Kiowa Warrior copters.

And here's a surprise. The new Future Attack Reconnaissance Aircraft also will replace half of the ground-combat branch's 700 Boeing AH-64 Apache attack helicopters.

Aviation Week reporter Stephen Trimble was the first to report the news. Joseph Trevithick at The War Zone piled on.

“The FARA will only replace Apaches in our heavy attack reconnaissance squadrons and this represents about half of the Apache fleet,” a spokesperson for Army Chief of Staff Gen. Mark Milley told Trimble.

“There have already been serious questions about whether the AH-64 platform will be able to remain relevant, especially in a high-end conflict environment, through 2048, when the Army plans to retire the very last of the gunships,” Trevithick explained.

“The Army expects to be integrating significant upgrades into its latest AH-64E Guardian variants through 2026. These include updates to its fire control and targeting systems, improved data sharing and fusion capabilities, better sensors, a more robust ability to work directly with unmanned aircraft and more.”

Alongside new artillery and armored vehicles, FARA is one of the Army's highest-priority development programs. A consortium of Boeing and Lockheed is developing the S-97 “pusher” rotorcraft that could meet the FARA requirements. Bell is working on the V-280 tiltrotor that might also meet the Army's needs.

To adequately replace both the OH-58D and the AH-64, the new copter will need to carry sophisticated sensors and a heavy load of long-range weapons. It will need to be able to fly for hours at a time at speeds fast enough to evade enemy defenses, all in hot-and-high conditions that can sap a rotorcraft's lifting power.

It also will need to be tough, reliable and affordable.

“We're looking for an aircraft that, without going into specific requirements or classifications, essentially goes further, can see further, can acquire specific targets further and can engage at greater ranges than current exist and has greater legs – can fly further with a greater payload of weapon systems,” Milley told Congress on March 26, 2019.

Milley's spokesperson's comments to Trimble indicate the Army could buy hundreds more FARA copters than the service previously needed. If the new scout replaces on a one-for-one basis all of the long-gone OH-58s as well as half of the AH-64s, then the Army is looking at a requirement for no fewer than 700 new scout rotorcraft.

They could be worth tens of billions of dollars.

The Army in 2018 announced a plan for a fly-off between FARA candidates. The branch wants the new copter to enter service no later than 2028. By military standards, that's not a very long time. Especially considering the Army's proven inability to develop a new scout.

For more than 20 years the service tried and failed to replace the OH-58, which first flew in its austere OH-58A version in 1966. The D-model Kiowa Warrior in the late 1980s added new sensors and weapons to the basic OH-58 airframe.

In its first attempt to replace the OH-58D, the Army in the 1990s paid Boeing and Sikorsky to develop the RAH-66 Comanche, a very expensive “stealth” helicopter that, in reality, probably wouldn't have been very stealthy. The Army in 2004 finally canceled the Comanche.

Next, the service commissioned Bell to develop the ARH-70, a non-stealthy scout that was similar in design to the OH-58D but bigger and more sophisticated than the older copter was. Bell and Boeing squabbled over the program's delays and rising costs. The Army in 2008 canceled the ARH-70, too.

Having failed twice to replace the OH-58D, the Army instead spent millions of dollars upgrading the old scouts before finally disposing of them without a direct substitute. The ground-combat branch surely is hoping its latest effort to develop a new aerial scout fares better than did two previous efforts.

And now that the new scout also will fill in for half of America's Apache gunships, the stakes are even higher.

WATCH NEXT: The V-280 Valor Rolls Deep In Cruise Mode