The U.S. Army has agreed to reconsider the cases of thousands of veterans of the Iraq and Afghanistan wars era with mental health conditions who received other-than-honorable discharges 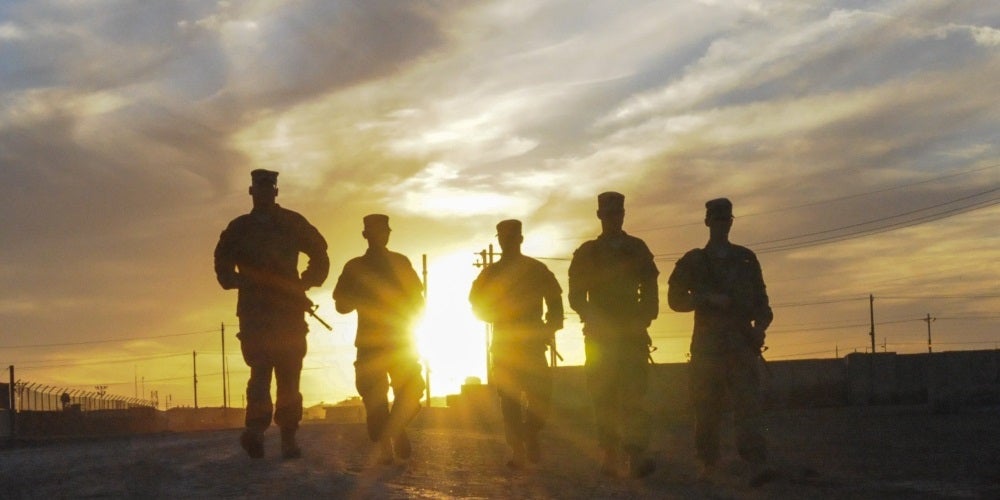 The U.S. Army has agreed to reconsider the cases of thousands of veterans of the Iraq and Afghanistan wars era with mental health conditions who received other-than-honorable discharges.

The decision is part of a settlement agreement in a class-action lawsuit brought by two Connecticut veterans.

Plaintiff Steve Kennedy of Fairfield, who served in Iraq and is a founder of the Connecticut chapter of the Iraq and Afghanistan Veterans of America, said the settlement agreement, which is still subject to approval by a federal judge, represented an “incredible moment” in the fight to restore benefits for this group of veterans.

“They were discharged for symptoms of their mental health conditions and then stripped of the very benefits that would have made them heal,” he said.

The lawsuit alleges that since the Sept. 11, 2001, terrorist attacks, the Army discharged more than 150,000 soldiers with less-than-fully-honorable discharges, often for misconduct later attributed to mental health conditions such as post-traumatic stress disorder. This type of administrative discharge significantly reduces their eligibility for state and federal veterans benefits.

Kennedy said he often doubted whether he could get his own discharge status upgraded from general to honorable, which he eventually did in 2018 after an eight-year fight against the Army involving multiple appeals.

“I didn’t think the Army would agree to thousands more,” he said Wednesday at a virtual news conference announcing the settlement.

After he got back from Iraq, Kennedy, who was given leadership positions and received several awards during his time in the Army and was fast-tracked for sergeant, drank heavily, self-mutilated, and began having suicidal thoughts. He didn’t seek help because he feared being labeled weak and losing the trust of members of his unit. After being told he could not take leave to attend his own wedding, Kennedy went absent without leave, or AWOL.

He was given a general discharge and dismissed from the Army on July 27, 2009. After he got out, he was diagnosed with post-traumatic stress disorder.

Along with Kennedy, Alicia Carson, formerly of Southington, who was called to active duty with the U.S. Army in 2010 in Afghanistan and was a member of the Connecticut Army National Guard, filed suit in April 2017 to challenge the failure of the Army Discharge Review Board to account for mental health conditions when reviewing a veteran’s application for a discharge upgrade despite a 2017 Pentagon directive requiring “liberal consideration” of these applications.

Kennedy and Carson had their discharge statuses upgraded several years ago but continued with the class-action lawsuit to help similarly situated veterans.

The settlement agreement requires the Army to automatically review cases going back to 2011 and to send individual notices to veterans who were denied discharge upgrades from 2001 to 2011 about their rights to reapply and how that process works. Members of the Army Discharge Review Board also would receive additional training on how to handle PTSD and mental health-based applications.

“We’re confident this settlement will make the discharge upgrade process more accessible, just and fair for Army veterans who endure invisible wounds of service,” said Andrew DeGuglielmo with the Yale Law School Veterans Legal Services Clinic, which, along with co-counsel at Jenner & Block, is representing the plaintiffs.

U.S. Sen. Richard Blumenthal, D-Conn., who participated in the virtual news conference, said as a member of the Senate Armed Services Committee, he would continue to fight to ensure the agreement is “implemented and enforced.”

“This is truly a historic step forward after many years of fighting for fairness and justice for veterans who are given less than honorable discharges through no fault of their own.

The Army also agreed under the settlement to allow veterans to telephone in for hearings in discharge upgrade cases, which makes the process more equitable. Kennedy said he took two days off work and had to arrange child care in order to go to Washington for his hearing for a discharge upgrade, he said, “because everything you read says you are much more likely to succeed if you appear in person.”