Morale is in trouble at some Army bases. Here’s what the service plans to do about it

The general in charge of Army installations laid out a plan that moves beyond fixing the service's housing crisis to drastically improving the quality of life at some of its most undesirable posts. 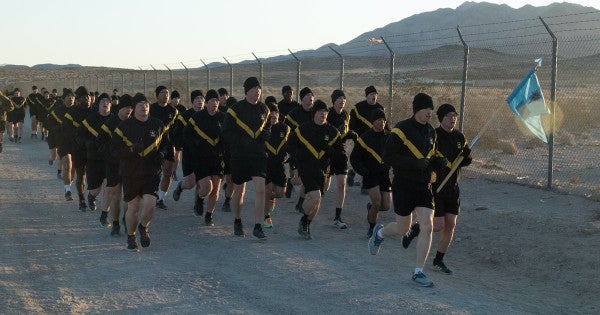 The general in charge of Army installations laid out a plan that moves beyond fixing the service's housing crisis to drastically improving the quality of life at some of its most undesirable posts.

“I am working two big pilots. First, I call it the big three, enhancing quality of life at Fort Wainwright in Alaska, at Fort Irwin in California and Fort Polk in Louisiana,” Gen. Gustave “Gus” Perna, commander of Army Materiel Command, told reporters Tuesday at a Defense Writers Group breakfast.

Wainwright is a strategic base on the Alaskan frontier; the other two are equally Spartan and are home to two of the Army's combat training centers: the National Training Center at Irwin and the Joint Readiness Training Center at Polk.

“We send our best leaders, at all levels, to go train our , and then they are in these installations in the desert and in places where they don't have a lot of quality-of-life stuff,” Perna said.

The second pilot is being conducted at Fort Bliss, Texas, home to the Army's Sergeant Major Academy; Fort Leavenworth, Kansas, where majors go to Command and General Staff College; and Carlisle Barracks, Pennsylvania, where colonels attend the Army War College, Perna said, explaining that about 1,000 leaders rotate through these locations every year.

“The day they show up, they sign for a house … household goods show up right behind them. … Sergeants major and colonels who will be running our Army from the inside out can settle in and enjoy their family time and be educated without worrying about the house and work orders and blah, blah, blah,” Perna said.

“Bullcrap, we can figure this out, Perna said. “If we can do that, then why can't we do that for our entire Army.”

The pilots are part of a larger vision to modernize Army communities that builds off the work the service has done to solve its on-post housing crisis. For the past year, leaders have been slowly working to fix living conditions in thousands of privately managed family homes on installations across the country that suffer from problems ranging from peeling paint and faulty wiring to mold, rodent and insect infestations.

These unhealthy living conditions were exposed in late 2018 in an investigative series by Reuters.

“We have not arrested the situation that got this started, but we are gaining ground every day,” Perna said.

“Now we are onto what I call the next phase, as we still maintain our … execution on the individual houses,” he said.

Army Secretary Ryan McCarthy and Chief of Staff Gen. James McConville have stressed that they want to significantly improve the communities where soldiers and their families live, not just on-post housing, Perna added.

“The secretary and the chief have visions to really bring our installations into the modern era — how do we integrate with the local communities because 70% of our force lives off post.”

McCarthy recently visited Fort Wainwright — which is part of Perna's community pilot — and announced that the Army is working to significantly improve the quality of life for soldiers stationed at the Arctic post.

But Perna wants to improve more than just barracks; housing; and morale, welfare and recreational facilities at Wainwright.

“Why can't we have a waterpark up in Wainwright?” he said. “Why can't it be an indoor waterpark? It can be done. … So why not partner with the state of Alaska … and bring this capability to our soldiers?”

Transforming every installation will be challenging, said Perna, who added that it will likely be approached in five-year chunks.

“Whoever takes my place can pick it up and say, 'Oh yeah, here is where we are supposed to be in five years. Ok, I know where to go,' so it doesn't die with Perna or with McConville or McCarthy,” he said. “At the end of the day … our vision is that every installation is the No. 1 choice of soldiers and families. When they get their orders, they say, 'Yeah, I want to go to Fort Polk. I want to go to Fort Irwin. I want to go to Wainwright. I have heard nothing but great things about that installation.”