Editor’s Note: This article by Matthew Cox originally appeared on Military.com, the premier source of information for the military and veteran community. Senior... 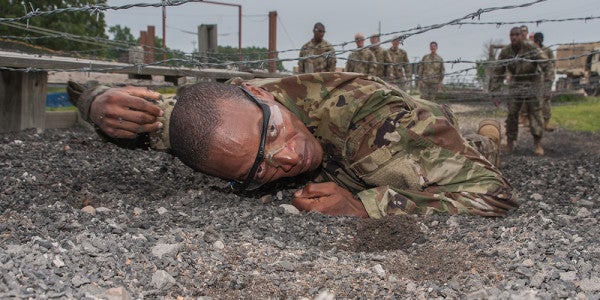 “To meet the challenges of 2028 and beyond, the total Army must grow,” Esper said. “A decade from now, we need an active component above 500,000 soldiers with associated growth in the Guard and Reserve.”

The Army must focus on “recruiting and retaining high-quality, physically fit, mentally tough soldiers who will deploy and fight and win decisively on any future battlefield,” he said.

“A decade from now, the soldiers we recruit today will be our company commanders and platoon sergeants. That's why we are considering several initiatives, to a new physical fitness regime to reforming and extending basic training in order to ensure our young men and women are prepared for the rigors of high-intensity combat,” he added.

“We are going to put more screening systems in place to make sure that when young men and women enter the Army, they are ready to meet the standards,” McConville said.

Training and Doctrine Command has done a “great job of implementing the Occupational Physical Assessment Test, which is a four-event physical-fitness test to make sure that young men and women get in shape before they go to initial military training,” he said.

“Then once they get into initial military training, we are screening them again to meet the physical demands of being in the Army,” McConville said.

“When 87 percent of the people we recruit have someone in their family that has been in the military, it starts to beg the question, 'Are we expansive enough in our recruiting efforts?' ” McCarthy said.

“Are we sophisticated enough in the way we communicate to the entire country and recruit the best quality individuals?,” he said. “So our sophistication has got to get better, from the tools that we have to find the people to the manner in which we communicate.”