Two soldiers were killed and three injured when their UH-60 Black Hawk helicopter crashed on San Clemente Island late Thursday, according to a Defense Department official 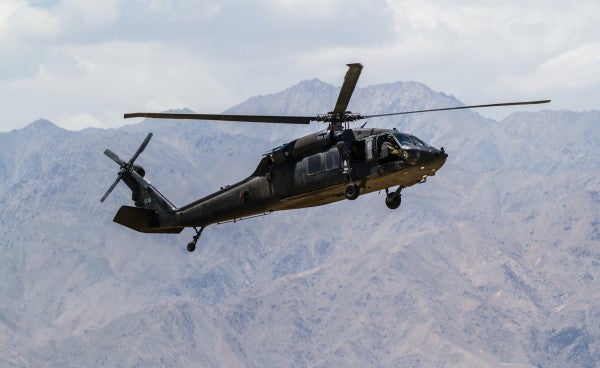 The Army’s Special Operation’s Command said in a statement the incident occurred in the vicinity of Coronado and declined to comment further.

“At this time we are not releasing anything beyond the statement provided,” J. Elise Van Pool, an Army spokeswoman, said in an email. “We are still in the process of making next of kin notifications and will not release any additional information until that process is complete.”

A Defense Department official with knowledge of the incident told The San Diego Union-Tribune that the crash occurred on San Clemente Island, which is about 70 miles west of San Diego and controlled by the U.S. Navy. The island has an airfield, a bombing range and a training facility used by special operations units. The island falls under the command of Naval Base Coronado.

The official spoke anonymously because they were not authorized to comment publicly. The accident involved members of the Army’s 160th Special Operations Aviation Regiment, the official said.

The soldiers were conducting “routine training,” the Army said in a statement early Friday.

“An element of U.S. Army Special Operations Command was conducting routine training in the vicinity of Coronado, California, on August 27, when an aircraft incident occurred,” the Army said in a statement. “Two Soldiers were killed and three were injured. The area has been secured and an investigation into the incident is underway.”

San Clemente Island is part of Los Angeles County. It is the second fatal accident in the last month.

In late July, eight Marines and one sailor were killed when their Assault Amphibious Vehicle sank about a mile off the coast of the island. The troops were returning to their ship after training on the island.

Black Hawk helicopters entered service in the late 1970s but have been updated over the years. Variants of the helicopter are also flown by the Navy, Coast Guard and Air Force.