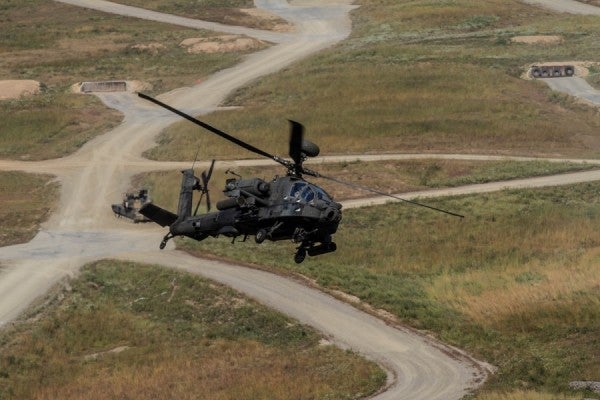 The pair were conducting annual training when the Apache struck power lines nearly 400 feet above the ground, said the report, which was recently released to Stars and Stripes.

“Entanglement of the rotor in power lines likely slowed the main rotor and prevented further flight,” it said.

Both pilots were killed when an AH-64 Apache attack helicopter with the 2nd Infantry Division crashed during a routine training mission in South Korea in November 2015.U.S. Army via Stars & Stripes

The pilot and co-pilot sustained massive trauma and burns in the accident, which the report said “was not survivable.” A post-crash evaluation of the Apache’s structural and mechanical components failed to reveal defects that may have caused or contributed to the incident.

“The helicopter most likely succumbed to human factors while transitioning between training areas using terrain flight modes during marginal and erratic weather conditions and attempting to negotiate a known wire hazard,” it said.

McCormack and Smith were experienced aviators with deployments to Iraq and Afghanistan, and there was no evidence of medical issues that could have contributed to the crash, the report said.