After lying about a rocket in Iraq, post-traumatic stress disorder and a brain injury; after bilking 16 agencies out of... 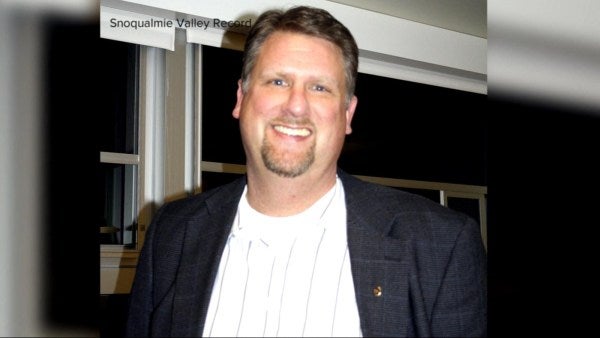 After lying about a rocket in Iraq, post-traumatic stress disorder and a brain injury; after bilking 16 agencies out of more than $600,000; and after copping to two counts of fraud last year, former National Guard soldier Darryl Lee Wright is going to prison, a Washington state U.S. attorney’s office said.

The Army also stripped Wright of a Purple Heart and Combat Action Badge, according to the statement from the U.S. Attorney’s Office for the Western District of Washington state.

“This was a complex and nefarious scam implemented over a long period of time,” U.S. District Judge Benjamin Settle said.

Wright, 48, pleaded guilty in February 2016, admitting he defrauded the Department of Veterans Affairs, Social Security, Washington State Employment and other agencies with claims he had been badly injured during his deployment in Iraq, the statement said.

Wright said he was wounded by a rocket strike in Kirkuk, Iraq, in 2005. In reality, the rocket landed several hundred yards away and no one was hurt.

He began submitting phony statements to the Army and the VA in 2006, expanding his scheme over the years with false and conflicting claims to other government agencies, the statement said. Investigators estimated that his frauds cost the government $737,539.

Numerous agencies collaborated to unravel the complex case, revealing that Wright defrauded the Veterans Benefits Administration of $261,719, claiming he’d been disabled by the rocket attack. He then bilked the VA support program out of $83,967, claiming he was so disabled he needed a full-time caregiver.

Meanwhile, he was traveling, playing basketball, caring for his child, working a full-time job for the Commerce Department and serving as chairman of the planning commission of Snoqualmie, the city east of Seattle where he lives.

Wright received $181,438 from Social Security Disability Insurance, claiming he was too injured to work. Later, he defrauded the Office of Personnel Management, receiving $48,226 in disability claims at his job.

The fraud continued, with $29,860 in unemployment benefits from Washington state, claiming he couldn’t find work, while simultaneously claiming to Social Security that he was fully disabled. His disability claims earned him forgiveness from repaying $41,068 in student loans.

“His willingness to steal from a system meant to take care of those who bravely served our country or are otherwise in need is an outrage,” U.S. Attorney Annette Hayes said. “There is no question that the defendant earned the significant sentence he will now serve for his crimes.”

Wright was supposed to be sentenced in August, but when he appeared for the hearing, the judge said he wanted to hear more testimony about Wright’s mental health before issuing punishment.

In the end, the judge concluded that Wright’s actions added up to “a continuous fraud” that dragged “many people into a web of deceit.”

The investigation was led by the Social Security Office of Inspector General. Steuart Markley Jr., special agent in charge at the Seattle field division, said collaboration among agencies helped “send a message to those who would otherwise attempt to defraud Social Security.”

Other investigators called Wright a “brazen fraudster,” saying he “betrayed the trust of the American people.”

Scott Rezendes, a special agent in charge at OPM, said PTSD is a serious condition. “It is unconscionable that Mr. Wright would fake such an injury for financial gain,” he said.

The Associated Press contributed to this article.