A former staff sergeant has petitioned the U.S. Supreme Court to consider whether the Army violated his constitutional rights by booting him from the service a decade after he served time for child molestation 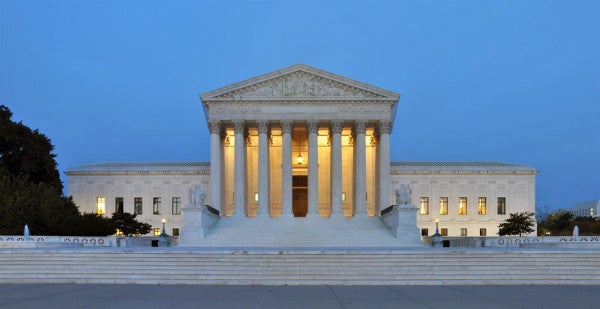 A former staff sergeant has petitioned the U.S. Supreme Court to consider whether the Army violated his constitutional rights by booting him from the service a decade after he served time for child molestation.

Damon Claiborne submitted an Alford plea — an admission that enough evidence existed to support a conviction, even as he maintained his innocence — in 2004 after being arrested for having sex with a young woman he met at a bowling alley in South Korea.

Claiborne admitted he had relations with the girl, believing she was 19; however, she was a minor. He was sentenced and served 15 months in prison. After his release in 2006, he returned to duty at Joint Base Lewis-McChord, Washington, where the Army began involuntary separation proceedings against him.

A board recommended that Claiborne be discharged, but an acting commander decided to suspend his release for at least a year.

Later, it was dropped altogether, and Claiborne remained in the service, rising in rank and reenlisting in 2008, then again in 2010 for five years under an agreement that he would stay for 20 years under the REDUX retirement plan.

In 2013, Congress passed a defense policy bill with a provision requiring the services to administratively separate any service member convicted of a sexual assault offense whose conviction did not include a punitive discharge.

Later that year, then-Army Secretary John McHugh signed a directive extending the measure to everyone currently “serving in the Army, regardless of when the conviction for a sex offense occurred.”

Claiborne and his attorney, John Maher of Maher Legal Services in Illinois, argue that the directive was unconstitutional.

“The law does not favor retroactivity. Instead, the law presumes that it is enacted and enforced tomorrow rather than yesterday,” Maher said Tuesday during an interview with Military.com.

Claiborne filed a petition with the U.S. Supreme Court on Monday asking the justices to consider his case. A district judge and an appellate court have sided with the Army, saying the civilian court did not have jurisdiction over the Army secretary's decision and that the Army has a right to determine who remains in service.

“The plaintiff could have been discharged under pre-existing regulations promulgated by the Army because [the regulations] allow the Army to change its mind about separation decisions,” a panel of 9th Circuit Court of Appeals judges wrote in their unanimous decision March 12.

Claiborne's case comes at a time when members of Congress and military spouses have been turning up the heat on the Defense Department for its handling of sexual assault cases. In September, several DoD family members testified that military commanders dismissed their allegations of sexual assault against service members to ensure that the offenders were able to retire with their military benefits.

Last month, the House Armed Services personnel subcommittee held a hearing on sexual harassment at Fort Hood, Texas, and across the Defense Department following the death of Spc. Vanessa Guillen, who family members say was sexually harassed before she was brutally murdered in April.

Maher said his client is not a predator or a repeat offender and shouldn't be punished as if he were.

“They processed Damon Claiborne in the 11th hour after having promoted him twice, sending him to schools and entrusting the lives of male and female soldiers in his care in combat environments,” Maher said.

In addition to Claiborne, Maher represents Army Staff Sgt. Robert Bales, who received a life sentence without parole after pleading guilty in 2013 to the murder of 16 residents of an Afghan village. Bales continues to pursue his case in civilian court, alleging he was under the influence of an antimalarial drug, mefloquine, administered to him by the Army during his deployment, at the time of the massacre.

Last year, Maher was instrumental in winning a presidential pardon for his client, Army Capt. Clint Lorance, who was convicted of second-degree murder and sentenced to 19 years in prison for ordering his men to fire on Afghan men riding a motorcycle and approaching his checkpoint in 2012.

The likelihood that the Supreme Court will accept Claiborne's case is small: The court receives more than 10,000 petitions each year and hears roughly 75 to 80 cases.

Maher said the court could decide by November whether to consider the case.