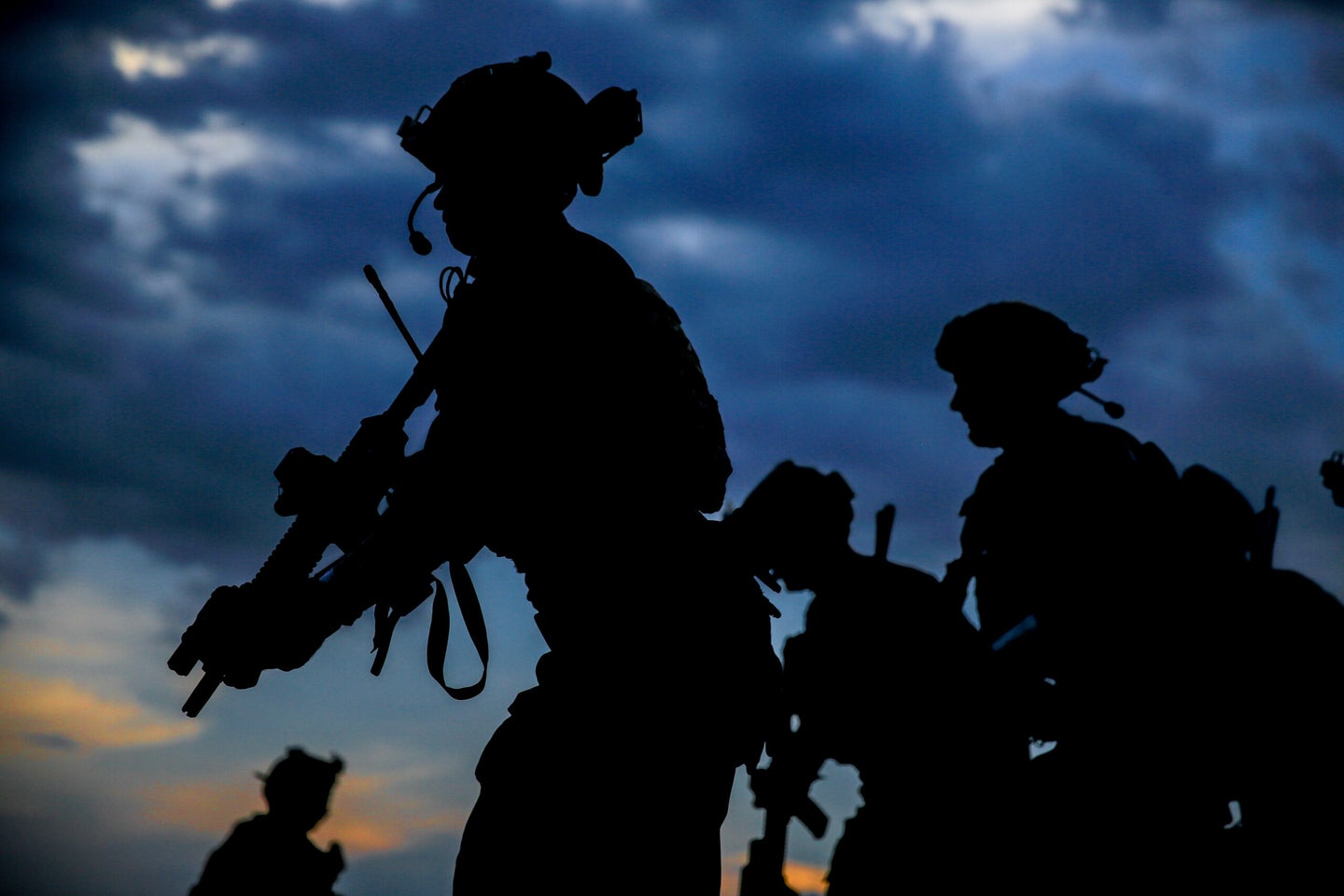 No Special Forces soldiers were killed while seizing computer servers in Germany as part of a CIA operation after the presidential election. There was, in fact, no mission of the sort.

And members of the 305th Military Intelligence Battalion are not “the Kraken” that an attorney for President Donald Trump said last month she’d be unleashing. The unit is not involved in any post-election missions supporting the White House — a move that would be highly unlikely considering it’s an entry-level training battalion where new soldiers who haven’t yet picked up their military occupational specialty are assigned.

“The allegations are false,” an Army official told Military.com.

Retired Lt. Gen. Thomas McInerney made the claims last weekend on a show hosted by Brannon Howse on the far-right WVW Broadcast Network, which streamed the discussion on YouTube. The claims quickly spread on social media, with users tying the retired general’s comments to unsubstantiated allegations of fraud during November’s presidential election.

WVW Broadcast Network did not respond to requests for comment from McInerney or Howse. The network also did not respond to questions about whether it would issue a correction about the claims made about soldiers dying in Germany or picking up missions for the CIA and White House.

This isn’t the first time McInerney’s comments have drawn criticism. The former Fox News contributor was banned from the network in 2018 after saying torture worked on the late Sen. John McCain, who was a prisoner of war in Vietnam. Years earlier, McInerney pushed false claims that former President Barack Obama was not a U.S. citizen and said all Muslim men should be strip-searched at airports.

McInerney, who served as the Air Force’s assistant vice chief of staff in the 1990s, told Howse he’d heard reports that U.S. soldiers were killed in a CIA-led operation to retrieve ballot servers in Frankfurt, Germany — all of which the Army disputes as false information. He also said the 305th Military Intelligence Battalion was nicknamed “the Kraken,” tying it to a viral hashtag that spread on social media following a Fox News interview with Sidney Powell, who served as a lawyer for retired Army Lt. Gen. Michael Flynn.

Without providing proof, Powell said in the interview that there was evidence of widespread voter fraud that could overturn the results of the election, which was called for Vice President Joe Biden. She added that she “was going to release the Kraken,” a phrase from the 1981 movie “The Clash of the Titans.”

As The New York Times reported, the line has since become a way to “signal an election fraud conspiracy on social media.” McInerney threw gasoline on that claim by saying the 305th Military Intelligence Battalion was nicknamed “the Kraken,” leading to new conspiracies the Powell was referencing the unit during her remarks and the soldiers are now involved in a secret mission.

The Army official said that allegation is again false. The entry-level training intel battalion is made up of Army privates straight out of boot camp who are still training for their first military jobs.