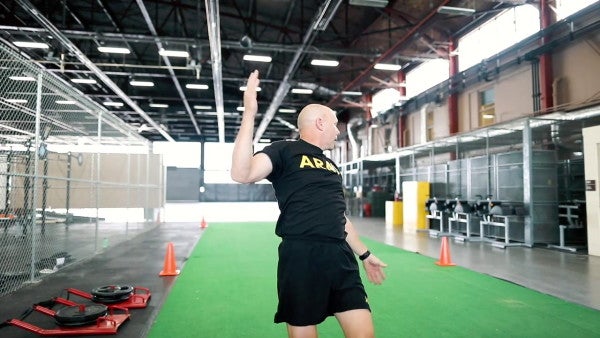 It may take up to five years to finalize the standards for the Army Combat Fitness Test as the service struggles to address the performance gap between male and female soldiers on the service's first-ever gender-neutral fitness assessment.

The Army just completed in late September a year-long field test of the ACFT, involving about 60 battalions of soldiers. And as of Oct. 1, soldiers in Basic Combat Training, advanced Individual training and one station unit training began to take the ACFT as a graduation requirement.

So far, the data is showing “about a 100 to a 110-point difference between men and women, on average,” Maj. Gen. Lonnie Hibbard, commander of the Center for Initial Military Training, told Military.com.

Final test-score averages taken from soldiers in the active forces, National Guard and Reserve who participated in the ACFT field test illustrate the performance gap that currently exists between male and female soldiers.

All of the test-score averages are high enough to pass the ACFT, data that contrasts dramatically with that shown on a set of leaked slides posted on U.S. Army W.T.F! Moments in late September. Those slides showed an 84% failure rate for some female soldiers participating in the ACFT field test, compared to a 30% failure rate among male soldiers.

CIMT officials said the slides were not official documents. Hibbard said the field test showed that soldiers' scores improved significantly between the first time they took the ACFT and after they were given time to work on their problem areas.

Currently, female soldiers at the start of Basic Combat Training taking the ACFT average about “a third of a leg tuck,” Hibbard said.

“If you have 144 women in basic training, the average is .3; by the end of it they are doing one leg tuck,” Hibbard said, who added that that is all that is required to pass the ACFT in that event. “So, in 10 weeks, I can get from a soldier not being able to do a leg tuck on average to doing one leg tuck.”

Hibbard said there are critics that say, “it's too hard; females are never going to do well on it.”

“Well, we have had women max every single category, we haven't had a female max all six categories at once.”

Hibbard said the Army would be in the same position if it tried to create a gender-neutral standard for the current Army Physical Fitness Test.

“We would still have challenges, because you have to make the low end low enough that 95% of the women can pass,” Hibbard said, adding that the Army will likely have to make small adjustments to the standard over time as soldiers improve their performance in each event.

“It's going to be three to five years, like we did the current PT test.”

The top command sergeants major from across the U.S. Army Reserve take off for the two-mile run during a practice Army Combat Fitness Test (ACFT) at Fort Eustis, Virginia, Oct. 25, 2019, during the Army Reserve Senior Enlisted Council.

The Army first introduced the APFT in 1980 and made adjustments over time, Hibbard said.

“Once the Army began to train and understand how to do the test, we looked at the scores and we looked at everybody was doing and we rebased-lined,” Hibbard said.

The next key step for implementing the ACFT by Oct. 1, 2020 will be to have active duty soldiers take two diagnostic ACFT tests and National Guard and Reserve soldiers take one to establish to get a better sense of the force's ability to pass the test.

“I don't think it is going to be hard for the Army to pass; what have to figure out as an Army is how do we incentivize excellence,” he said. “The goal of this is we change our culture so that we incentivize and motive our soldiers to be in better physical shape.”