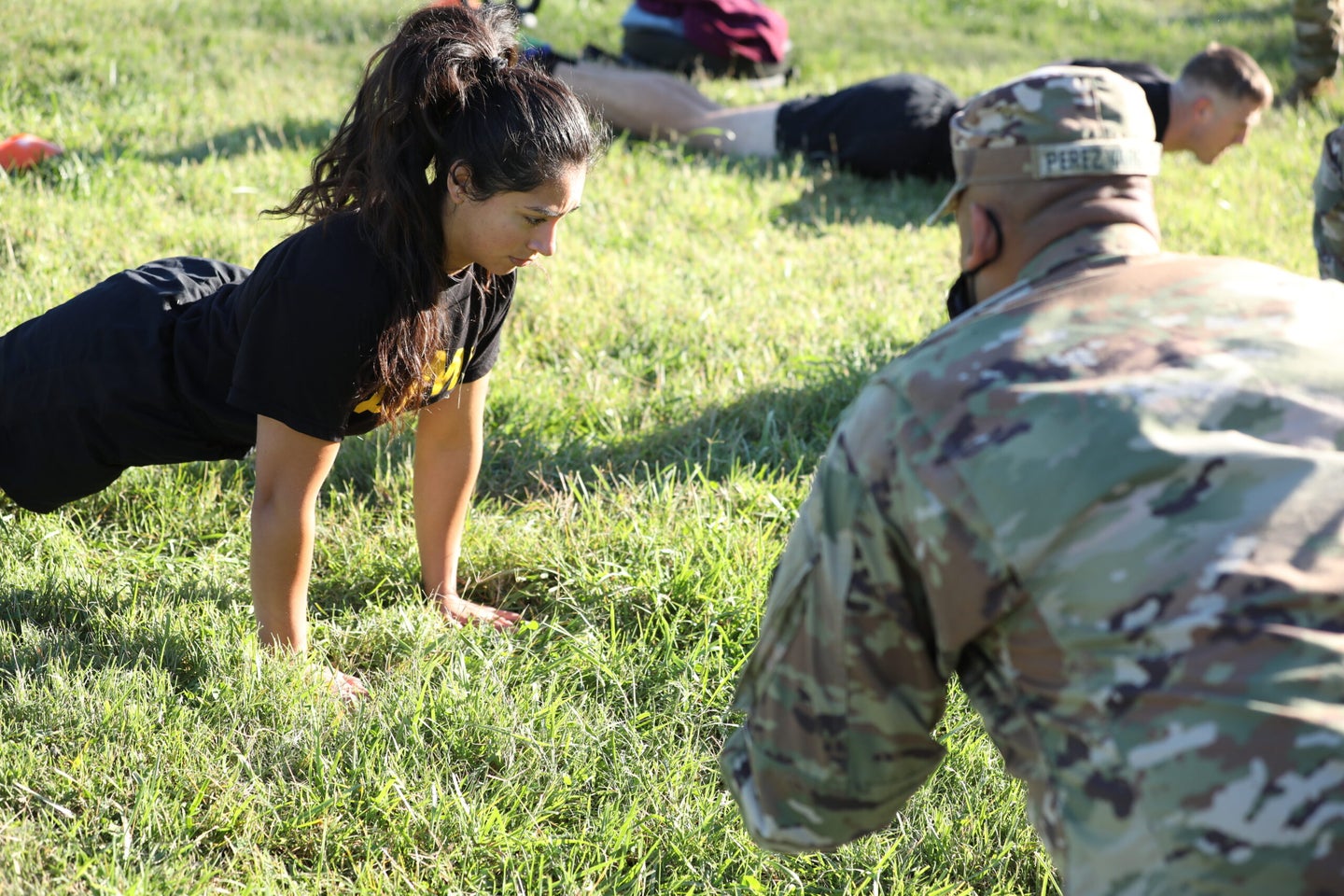 SWAN called for further study of the Army Combat Fitness Test (ACFT) on Monday in a letter to Congress, characterizing the service’s implementation of the test on Oct. 1 “rash” because “too many otherwise qualified soldiers are failing elements of the test.”

“We are concerned that the considerable time and effort each soldier will have to commit to reaching and maintaining the high levels of strength the ACFT demands — especially over a career that spans 20 or 30 years — will reduce [the] emphasis on other attributes important in combat such as leadership, trust, and teamwork,” SWAN’s letter to Congress says.

The group pushed for a study of the ACFT that would look at the impact it has on accession and retention, risks of injury, “career prospects for women and other soldiers,” and the “training for and exercise of other critical combat and MOS skills.”

SWAN’s letter comes a month after two senators wrote to the heads of the House and Senate Armed Services Committees, raising “considerable concerns” they have over how the test could negatively impact soldiers’ careers.

“The conclusion drawn from the data have never been good, yet the Army continues to pour money and resources into administering and preparing for the flawed test instead of questioning the validity of the test,” Gillibrand and Blumenthal wrote.

The lawmakers also raised the issue of the cost of equipment.

“The Army Physical Fitness Test (APFT) required a $3 stopwatch,” they said. “The ACFT requires approximately $3,000 worth of equipment to put one individual through the test.”

While the ACFT became the “test of record” for the Army on Oct. 1 this year, it doesn’t really count for soldiers until March 2022. The service had to adjust around the novel coronavirus (COVID-19) and put a pause on training in March this year.

Army leaders, however, aren’t worried in the slightest about how soldiers will fare in the new test, which they consider essential to the force.

Maj. Gen. Lonnie Hibbard, commander of the U.S. Army Center for Initial Military Training, said last year that he was “confident the Army will adapt” to the new test.

“It’s no different than if you look at, let’s say a SAT,” Hibbard said. “You go in the first time, some people do very well in all categories, some people don’t do well in math and realize they’ve got to go study and practice the math piece to come back and do well — that’s what the diagnostic part of the implementation here is, to figure out where the strengths and weaknesses are.”

Sergeant Major of the Army Michael Grinston told Task & Purpose in a statement that the ACFT is “critical to having fit and well-trained soldiers.”

But Deshauna Barber, the CEO of SWAN, hasn’t been persuaded. Barber said in the letter to Congress that a fitness test “so clearly biased simply cannot move forward without further review.”

“If not further reviewed,” Barber concludes. “The implications of implementing the ACFT can have irreparable damage to the diversity of talent in our Army.”

Related: Lawmakers are mad about the Army’s new fitness test and think the leg tuck is useless