A number of immigrant doctors have been unable to use their medical skills in the Army to battle the coronavirus pandemic due to lengthy, years-long background checks, according to The Washington Post 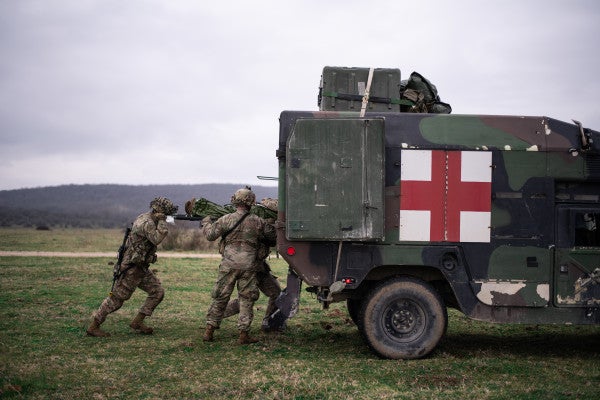 A number of immigrant doctors have been unable to use their medical skills in the Army to battle the coronavirus pandemic due to lengthy, years-long background checks, according to The Washington Post.

Several of them told The Post they are not allowed to practice medicine in uniform and have instead spent their time completing basic tasks such as cleaning and taking out trash — all while the military suffers a shortage in doctors and an uptick in coronavirus cases.

Some have taken their skills to civilian hospitals instead, where they have begun treating coronavirus patients instead of military service members.

One doctor from India who specializes in respiratory illnesses told The Post he recently treated some 40 coronavirus patients in New York City, after spending years as a low-ranking soldier, using none of his medical skills. He said he enlisted in the Army in 2015.

“I love to help people,” he told The Post. “But these hurdles are unnecessary. I'm wasting years of my medical experience in the Army.”

Meanwhile, the need within the military for doctors is dire. The Army has even begun asking retired soldiers with medical qualifications to return to active duty to help respond to the pandemic, according to Task & Purpose.

The physicians were recruited into the Army years ago through the Military Accessions Vital to National Interest program. But due to the exhaustive security-checks process, many have languished on reserve duty the entire time.

As of Thursday, the Department of Defense had reported 280 coronavirus cases throughout the armed forces, according to Reuters.

The MAVNI program was originally created to recruit immigrants whose skills were considered crucial to the military, particularly those in health care professions, according to the Pentagon.

Though MAVNI was shut down in 2017, in part due to the stymied background-check process, The Post reported that at least several dozen immigrant doctors are still stuck in limbo, waiting to serve.

The Pentagon did not immediately respond to Insider's request for comment.