If the Army has its way, America’s next secret weapon may be an electromagnetic pulse artillery shell that paralyzes an... 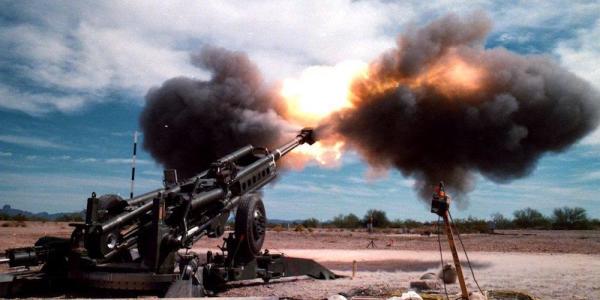 If the Army has its way, America’s next secret weapon may be an electromagnetic pulse artillery shell that paralyzes an enemy city. These special shells won’t carry high explosive.

These special shells won’t carry high explosive. Instead, they will emit EMP bursts, or some other non-kinetic technology, to disrupt the computers, radio communications, Internet links and other ties that bind modern societies. And do so without creating any physical damage.

This is sort of a twenty-first-century version of the neutron bomb, that notorious Cold War weapon designed to kill Soviet soldiers through a burst of radiation while inflicting little damage to property — except this weapon targets the radio frequency networks that keep a nation functioning.

The concept is expressed in a single paragraph in a new Army research proposal:

Extensive use of wireless RF networking for critical infrastructure and communications systems provides an alternative attack vector for the neutralization of an adversary’s underlying industrial, civil, and communications infrastructure without the destruction of the hardware associated with those systems. Advances in munitions-based microelectronics and power technologies make possible the implementation of non-kinetic cyber and electromagnetic – or electronic warfare (EW) – attacks that could be delivered via artillery launched munitions. The precision delivery of the non-kinetic effects (NKE) electronics payload close to the target allows low power operation which limits the geographical extent of impacted systems, and reduces the overall impact on the electromagnetic spectrum.

In addition, the weapon must fit in a 155-millimeter artillery projectile, with the eventual goal of shrinking the weapon’s size so that a single shell can carry multiple submunitions, each capable of creating electronic havoc.

However, the proposal does not specify how all this is to be accomplished. A query to the Army didn’t shed much light. In an email response, the project scientist said that the project is “open to a broad range of non-kinetic effects.” In fact, the artillery shells don’t even have to be 155-millimeter, but “maybe any other caliber that has the space to place an electronic subsystem that can be used to neutralize an enemy infrastructure and computer-based systems.”

Nonetheless, some kind of electromagnetic pulse shell would appear to be a likely candidate. EMPs, those short but intense bursts of radiation that fry electronics, are generated by nuclear weapons. The United States has long been concerned that a nuclear device, especially one detonated at high altitudes, could massively disrupt the electronic fabric of American society.

However, conventional weapons, such as bombs and missiles, can also generate EMP bursts. North Korea allegedly has such devices, and Russia claims to have equipped aircraft and drones with them, while the Pentagon has been working on high-power microwave weapons for years.

Whether such microwave weapons are effective or reliable is another matter. But regardless of how the artillery shell disables electronics, what’s interesting is that artillery will be the delivery system.

Nuclear and nonnuclear EMP bombs, delivered by aircraft or missiles, can be launched at targets hundreds or thousands of miles away. But a shell launched from a 155-millimeter howitzer suggests the targets will only be ten or twenty miles away.

In other words, what the Army wants is a battlefield weapon for U.S. troops in fairly close proximity to enemy forces. Except that the research proposal isn’t asking for devices that would disrupt, say, Chinese or Russian military command-and-control systems.

Instead the Army speaks of paralyzing “an adversary’s underlying industrial, civil, and communications infrastructure.” This sounds more like some form of strategic bombing. Or perhaps, it could be used to cripple an enemy city prior to an assault or a siege by U.S. ground troops.

The fact that the Army also desires a low-power weapon that precisely targets a small geographic area and a specific portion of the electromagnetic spectrum also suggests that the Pentagon is aware of the possibility of collateral damage. An artillery shell that fries the power supply for a government ministry is one thing, but frying the power supply to a hospital or water-treatment plant is another.