The Army wants more soldiers, and it’s using esports to put a ‘finger on the pulse’ of potential recruits 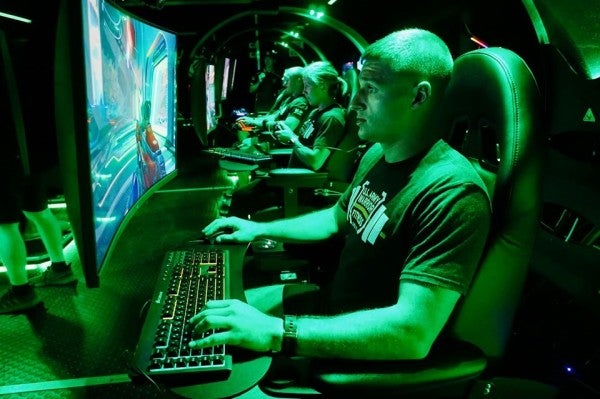 Within a few months of that disappointment, the Army announced it was seeking soldiers for an esports team that would, it said, “build awareness of skills that can be used as professional soldiers and use gaming knowledge to be more relatable to youth.”

By January 2019, more than 6,500 soldiers had applied for a team that was expected to have about 30 members. In September 2019, the Army credited the esports team, one of two new outreach teams set up that year, as having “initiated some of the highest lead-generating events in the history of the all-volunteer force.”

“It's essentially connecting America to its Army through the passion of the gaming community,” Sgt. 1st Class Christopher Jones, noncommissioned-officer-in-charge of the team, said in January 2019.

Team members who were competing would train for up to six hours a day, Jones said at the time, and they received instruction on Army enlistment programs so they could answer questions from potential recruits.

“They will have the ability to start a dialogue about what it is like to serve in our Army and see if those contacts are interested in joining,” Gen. Frank Muth, head of Army Recruiting Command, said in early 2019.

Thousands of soldiers play esports, Muth said, and the audience for it has grown into the hundreds of millions — West Point even recognized its own official esports club in January — but the appeal wasn't obvious at first to Army leaders, Army Secretary Ryan McCarthy said Friday.

“This was one that when the first time Gen. Frank Muth briefed … Army senior leadership, we're like, 'What are you talking about, Frank?'” McCarthy told an audience at the National Press Club in Washington, DC.

“We're about 18 months into it,” McCarthy said, and with that team, Army recruiters were “getting their finger on the pulse with 17- to 24-year-old Americans. What are they into? How do they communicate? And those right venues and shaping our messaging to talk about here's the 150 different things you can do in the Army and the access to education and the kinds of people that you can meet and being a part of something as special as this institution.”

In 2019, the Army rolled out an esports trailer with four gaming stations inside, as well as a semi-trailer with eight seats that could be adjusted so all eight players played the same game or their own on a gaming PC, an Xbox 1S, a PS4 Pro, and a Nintendo Switch, Jones, the NCO-in-charge, told Task & Purpose in October.

One of the senior leaders dispatched to an esports event was Gen. Mark Milley, who was Army chief of staff at the time and is now chairman of the Joint Chiefs of Staff, which is the president's top uniformed military adviser.

“He said, 'You're going to make me do what?'” McCarthy said Friday. “Then when he went, he learned a lot, and he got to engage with young men and women, and what we found is we're getting millions of leads of 17- to 24-year-olds to feed into Army Recruiting Command to engage young men and women to see if they'd be interested in a life of service.”

The esports team is part of a change in recruiting strategy, McCarthy said, that has focused on 22 cities in traditional recruiting grounds in the South and Midwest but also on the West Coast and the Northeast with the goal of informing potential recruits about what life in the Army is actually like as well as about the benefits of serving, such as money for college or soft skills that appeal to employers.

The service has also shifted almost all its advertising spending to digital and put more uniformed personnel into the Army Marketing Research Group to take more control of its messaging.

McCarthy on Friday called it “a comprehensive approach” to “improve our performance in a variety of demographics, whether that's male-to-female ratios or ethnicities.” That geographic focus yielded “a double-digit lift” among women and minorities, McCarthy said last year.

The outreach hasn't been universally welcomed.

After the 2018 recruiting shortfall, service chiefs, including then-Army Secretary Mark Esper, said schools were not letting uniformed service members in to recruit. Anti-war activists attempted to disprove that claim by offering $2,000 to schools that admitted to barring recruiters.

Suggestions the Army start recruiting children in their early teens also received criticism for both its impracticality and the harm it could do to the military as an institution.

But recruiting has improved year-over-year, hitting the goal set last year and being ahead of pace now, McCarthy said.

“This has been a major turnaround, because I think we just got a little lazy and we started losing touch with young men and women … but you have to sustain this,” McCarthy added. “We're in a war for talent in this country — 3.5% unemployment, they have a lot of opportunities.”

“We travel to a lot of American cities, and we meet with mayors and superintendents of schools and other civic leaders to try to educate those influencers, to try to help us in recruiting, and it's yielded tremendous benefit.”