Editor’s Note: This article by Matthew Cox originally appeared on Military.com, the premier source of information for the military and veteran community. Army officials... 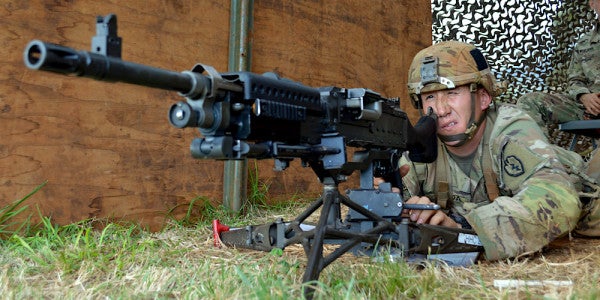 Army officials at Fort Polk, Louisiana, are trying to determine how a soldier was shot during training last week since the incident did not occur during a live-fire event.

The soldier from 3rd Brigade Combat Team, 10th Mountain Division, was shot accidentally while going through Expert Infantryman Badge (EIB) testing at 2 p.m. Friday, according to Kim Reischling, a spokeswoman for Fort Polk.

The Army did not release the soldier's name, but Reischling said he is in stable condition.

Infantry soldiers participate in testing each year to show they have mastered their core infantry skills and to earn the EIB, a distinctive badge consisting of a silver musket on a blue field.

Soldiers are required to have their weapons with them during EIB testing, but there “shouldn't have been live rounds” present when the soldier was shot, Reischling said.

The incident remains under investigation, she said.