Currently, 601 women are in the process of entering the infantry career field and 568 are joining the armor career field, according to the Army 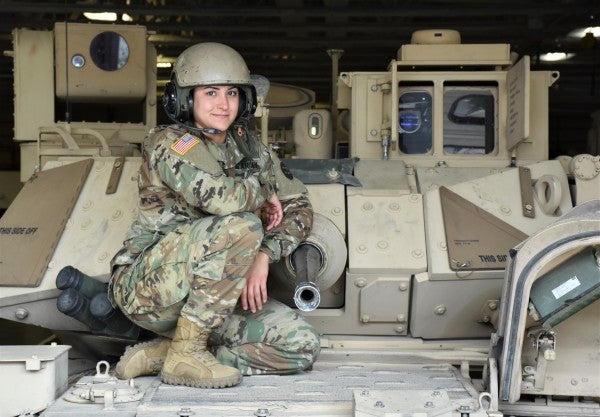 The U.S. Army announced recently that female soldiers will be integrated into all of its infantry and armor brigade combat teams (BCTs) by the end of the year.

Currently, 601 women are in the process of entering the infantry career field and 568 are joining the armor career field, according to a recent Army news release.

“Every year, though, the number of women in combat arms increases,” Maj. Melissa Comiskey, chief of command policy for Army G-1, said in the release. “We've had women in the infantry and armor occupations now for three years. It's not as different as it was three years ago when the Army first implemented the integration plan.”

Former Defense Secretary Leon Panetta started the process by lifting the ban on women serving in combat roles in 2013. The Army then launched a historic effort in 2015 to open the previously male-only Ranger School to female applicants.

Out of the 19 women who originally volunteered in April 2015, then-Capt. Kristen Griest and 1st Lt. Shaye Haver became the first to earn the coveted Ranger Tab that August.

The plan is to integrate female soldiers into the final nine of the Army's 31 infantry and armor BCTs this year, according to the release. The service did not say how many female soldiers are currently serving in the other 22 BCTs.

At first, the gender integration plan, under the “leaders first” approach, required that two female officers or noncommissioned officers of the same military occupational specialty be assigned to each company that accepted women straight from initial-entry training.

Now, the rule has been changed to require only one female officer or NCO to be in companies that accept junior enlisted women, according to the release.

“Quite frankly, it's generally going to be an NCO leader that young soldiers will turn to for questions,” she said. “The inventory of infantry and armor women leaders is not as high as we have junior soldiers. … It takes a little bit longer to grow the leaders.”