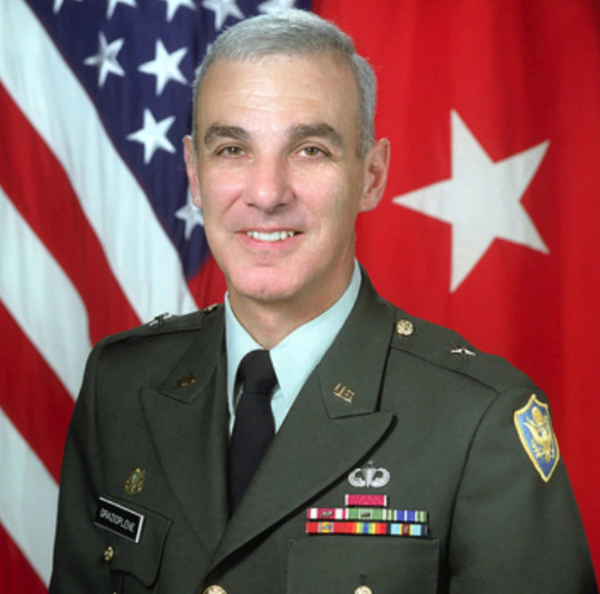 A retired Army major general will receive a suspended sentence after he confessed to sexually abusing his daughter when she was a girl.

The disgraced Grazioplene entered his plea in a Prince William County, Va., circuit court, where everyone present was masked and socially distanced amid the novel coronavirus (COVID-19).

The suspended sentence, Guilds told the outlet, is “a reflection of the fact that Jennifer cares more about the truth than the punishment.”

“At 3, he led me to the dark, dirty basement of my grandmother’s house and put me on the washing machine and pleasured himself while molesting me,” Elmore said Wednesday in her victim impact statement, according to a copy Guilds shared with CNN.

“At 8, he bought me a piano and insisted on taking me to piano lessons, all so he could park and take whatever sick pleasures that he so desired,” she said. “The same horrors occurring as he regularly insisted on bathing me. It took me until college to be able to use a bar of soap.”

Elmore said that her father’s abuse “stripped me of my dignity, my innocence, my value, my childhood and my voice. All of the things that a father is supposed to protect at the expense of his own life.”

In 2015, Elmore first told Army officials that Grazioplene had continuously raped and molested her while she was growing up.

Despite the amount of time that had passed, the investigation the military opened turned up plenty of evidence, including letters Elmore’s mother, Anne Marie Grazioplene, wrote throughout the 1980s describing the abuse.

In one instance, she said, “Jim has … made an attempt at sexually molesting Jennifer. She was sleeping, thank God, and I caught him before he got started.”

The two remain married, and Ann Marie was present as her husband pleaded guilty.

A trial was set in 2017, but two weeks prior, the top military appeals court pointed to the Army’s five-year statute of limitations for sexual assault. The statute applied to any assaults that took place before 2006.

Though the case was dismissed from military court, the Justice Department’s appeal is being reviewed by the Supreme Court.

Elmore pursued the case in Virginia, where felony offenses are not subject to a statute of limitations.

After a four-month investigation, a grand jury in Prince William County indicted Grazioplene — who, prior to the guilty plea, always denied the allegations — only on crimes that took place in Virginia.

He was indicted on three counts of rape, three of incest and three of indecent liberties.

He pleaded guilty to a charge of aggravated sexual battery.