There’s an old saying that “no good deed goes unpunished.” Whoever penned that line may work at Fort Carson, which... 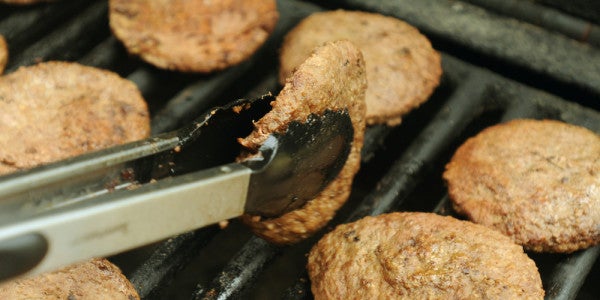 There’s an old saying that “no good deed goes unpunished.”

Whoever penned that line may work at Fort Carson, which has banned the media from covering a local tradition of handing out hamburgers to troops when they arrive home from overseas.

For years, local volunteers have handed out the burgers to troops plane-side at the military’s terminal at the Colorado Springs Airport. It’s a tradition that goes back to some of the first troops coming back from Iraq in 2004.

The Army is certainly a fan of the free food, but the brass at the post fears that allowing news coverage of the ritual would violate federal regulations that prevent the government from endorsing businesses or charities.

It’s a regulation that has been enforced in spotty fashion over the years. Fort Carson’s ties with the Pikes Peak or Bust Rodeo and other troop-boosting events have been public and the press has been encouraged to attend.

But the hamburgers are somehow different, the post maintains. So when about five-dozen soldiers came home from Afghanistan on Thursday as part of a midtour rotation, the hamburger-handing was done under a veil of Army secrecy.

Let’s cut some red tape right here: The hamburgers in question came from McDonald’s, the volunteers are from local charity The Home Front Cares, and the soldiers seem to enjoy them. But, remember, keep it on the down-low.

Speaking of military secrets, President Donald Trump’s Space Force plan remains in limbo, but that hasn’t slowed military efforts to plan for a war in orbit. The annual, super-secret, Schriever War Game this month put American and allied leaders through their paces in a fictional scenario set in 2028 that saw war extend into orbit.

“Approximately 350 military and civilian experts from more than 27 agencies around the country as well as from Australia, Canada, France, Germany, Japan, New Zealand, and the United Kingdom participated in the war game,” Air Force Space Command said in an email.

What happened in the game is highly classified, but even from a generic press release, some things are clear. The Schriever games used to be a military backwater, but are now at center stage thanks to the Trump administration’s push for more emphasis on space.

The games also show how a war in orbit will be a team effort, with an increasing reliance on our allies to deter a space battle and to recover from the aftermath of that kind of fight. The United States has the most to lose if a war includes targeting satellites. The Defense Department is the world's largest satellite buyer and uses space to give troops an advantage at sea, on the ground, and in the air.

Trump also moved this month to shore up his push for a Space Force. The president signed off on a six-point plan to create the force by first bringing back U.S. Space Command. The command move has bipartisan support, but Democrats have said they’ll sink the Space Force idea if they gain a majority in the House next month. In other military news, the Home Builders Institute kicked off a program at Fort Carson last week aimed at turning troops into tradesmen.

The initiative will help train and certify transitioning troops in construction skills before they leave the Army.

“HBI’s program uniquely supports transitioning military and veterans at every stage of the employment continuum — successfully connecting, assessing, training, certifying, and placing them in high-growth construction careers, and charting participant progress for a minimum of one year,” the builder’s group said in a news release.

The construction program adds to a full slate of job training now available at the post for troops who will soon hang up their uniforms. Other offerings include internships, apprenticeships and a program from the Department of Veterans Affairs that trains troops for claims administration jobs.

The military says getting troops good jobs after they serve helps military recruiting efforts and saves the Pentagon piles of cash. The Defense Department has paid up to $1.1 billion per year in unemployment claims for troops who couldn’t find work after their enlistments expired.