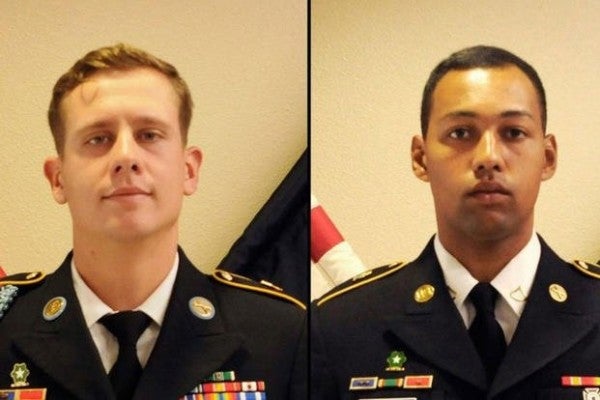 The Army has identified two soldiers killed in a tragic vehicle crash during training on Tuesday.

The Stryker is an eight-wheeled armored fighting vehicle that can hold up to 9 passengers. Seven other soldiers were reportedly injured in the crash.

“It is with an incredibly heavy heart that we announce the unfortunate loss of two of our Ready First Soldiers and injuries to several others in a tragic event that occurred Tuesday evening,” Col. Michael J. Trotter, commander of the 1st Stryker Brigade Combat Team, said in a released statement. “We honor them by remembering their selfless service to the U.S. Army and the nation. Our sincere condolences go to the families of Cpl. Wixom, Pfc. Riley and their Ready First teammates.”

According to releases, Wixom was a native of Bloomingdale, Mich., and an infantryman. He had joined the Army in August 2016 and deployed once to Afghanistan from January to September 2017.

Riley, a native of Fair Haven, N.J., was a cavalry scout who had joined the Army in January 2018 and arrived at Fort Bliss in June.

“On behalf of the entire 1st Armored Division and Team Bliss family, we extend our condolences to the families of both Soldiers,” Fort Bliss officials said in a statement. “We have lost two members of our family.”

WATCH NEXT: Stinger On Stryker Demonstration