The Army Sergeant who spent six weeks training at Alabama's Fort Rucker a year before his arrest on terrorism-related charges... 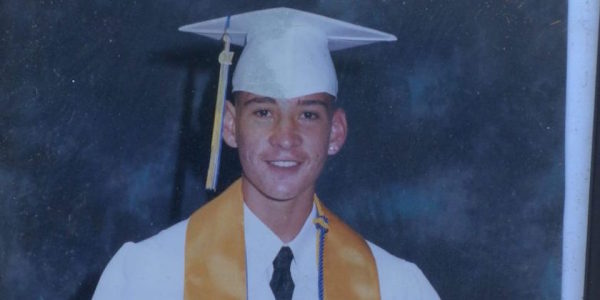 The Army Sergeant who spent six weeks training at Alabama's Fort Rucker a year before his arrest on terrorism-related charges told undercover agents he wanted to “kill a bunch of people” and expressed the desire to pour Drano in a co-worker's eyes, according to court documents.

Kang was inspired to join the military by the terrorist attacks of Sept. 11, 2001. He was most recently assigned to the 25th Infantry Division at U.S. Army Pacific Command.

Kang traveled to Fort Rucker — home of the Army Aviation Center of Excellence — on Oct. 17, 2016 to attend the Air Traffic Controller Operator Senior Leadership Course. Kang was already under FBI surveillance and agents searched his lodgings at the Alabama military base, copying data from a hard drive and a laptop. A forensic review of those items showed military documents labeled “Secret” were copied as early as June 18, 2013.

Almost 2,000 documents regarding ISIS, terrorism or violence were found on the drives, as were 13 copies of “Inspire” magazine, an online English-language magazine published by Al-Qaida in the Arabian Peninsula. The magazine covered such topics as assassinations and targeting enemy soldiers.

About a month after arriving at Fort Rucker, an undercover FBI agent posed as a guest lecturer for a training course. Kang was introduced to the agent and the two carried on several conversations over the next several days. Later, the agent accompanied Kang to a mosque where they prayed.

The location of the mosque was not released.

On November 11, Kang told the agent he wanted to travel to Turkey in order to reach the ISIS consulate. He had not purchased a ticket to Turkey, Kang reportedly told the agent, because he thought he might be arrested.

The agent told Kang he thought ISIS could use his skills. Kang, who had competed in mixed martial arts, said he wanted to teach combat skills to ISIS, including kickboxing, judo and “basic rifle marksmanship.”

The undercover agent told Kang he had an associate – another FBI agent – who would be traveling to Kang's home state of Hawaii in the near future and expressed a desire for them to meet.

Back in Hawaii, Kang continued to make pro-ISIS statements, the affidavit shows.

“From about December 2016 to March 2017, Kang made comments to fellow soldiers such as: if he deployed to Iraq, he would not shoot back at ISIS and did not believe they were doing anything wrong; that the terrorist attacks on Sept. 11, 2001 were an inside job conducted by the U.S. government; if the US went to war without proof, that we are terrorists,” the affidavit states.

The comments were reported to the Army, which provided counseling to Kang.

In March, Kang attended a recertification course to maintain his combat master trainer status. Once again, the FBI had an undercover agent in place, this time serving as an instructor. Kang told the instructor he thought ISIS and other terrorism groups were “oppressed people” and he wanted to go overseas to help them.

Kang's firearms ability was on display during the training.

“(The agent) noticed Kang was a very meticulous shooter and he took time to analyze the shot grouping and mark his targets” the affidavit notes.

In the same month, Kang told an undercover agent he had researched the “most effective and painful ways” people ould be tortured. Saying he was angry at a civilian who had taken away his air traffic controller's license, Kang said if he saw the person again he would tie him down and pour the drain cleaner Drano in his eyes, the affidavit states.

When told by agents he could stop participating at any point, Kang reportedly replied “I'm good.”

He did not ask for any payment for handing over the documents.

On July 6, the FBI set up a meeting between Kang and an agent posing as a member of ISIS. Kang offered to use his air traffic controller training to assists the terrorism group in combating US artillery or drones and said he could make a step-by-step video that could be used to assist ISIS fighters. He later showed up at the agent's hotel room with a rifle, pistol, knife, military uniforms and a mask to wear in the training video.

When asked what he would do if he had only one bullet and was faced with an American soldier he did not know, Kang reportedly replied he would shoot the U.S. service member.

On July 8, Kang, accompanied by the agents, purchased a commercial drone and Go-Pro Camera that he believed would be handed over to ISIS. He later provided information on how the drone could be used to help ISIS fighters escape a battle involving U.S. tanks, the affidavit shows. Kang used the camera to make a training video, including one where he employed live ammunition to demonstrate the best way to clear a weapon.

Just hours later, Kang took an oath of loyalty known as the bayat to Abu Bakr al-Baghdadi, the leader of ISIS. In return, he was given a folded ISIS flag. He responded by saying he wanted to take his rifle and magazines and “kill a bunch of people,” the FBI said.

Kang was arrested by an FBI SWAT team that day.

After his arrest, Kang said he took the oath voluntarily and admitted he had copied secret material, the affidavit claims. He also told investigators about the drone and his desire to fight on behalf of ISIS. Kang faces charges of providing material support to ISIS.

“Kang has been under investigation by the U.S. Army and the FBI for over a year. FBI assets and Army investigative resources were continuously deployed to ensure the public's safety during the course of this investigation and Kang's eventual arrest,” Special Agent in Charge Paul Delacourt said.

Kang's father said he believes his son — who served tours in Iraq and Afghanistan — may be suffering from PTSD. Birney Bervar, Kang's court-appointed defense attorney, said his client may have mental health issues.

Kang was set to appear in court July 13 for a detention hearing.