An arm of General Motors has been given a $214.3 million contract to build the U.S. Army’s new Infantry Squad Vehicle, 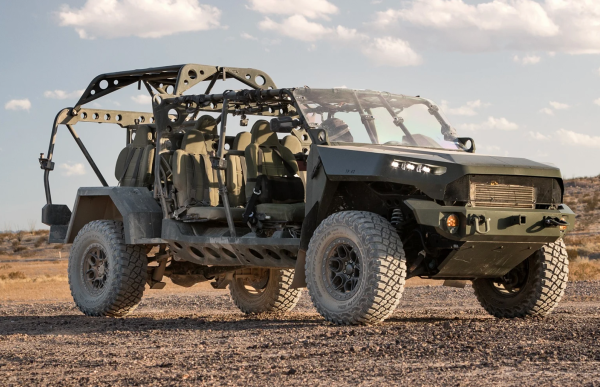 An arm of General Motors has been given a $214.3 million contract to build the U.S. Army’s new Infantry Squad Vehicle, officials announced on Saturday.

GM Defense said the vehicle is equipped to carry a nine-soldier infantry squad throughout the battlefield, light enough to be loaded from a UH-60 Blackhawk helicopter, and compact enough to fit inside a CH-47 Chinook helicopter.

The vehicle is based off of the 2020 Chevrolet Colorado ZR2 midsize truck and leverages 90 percent commercial off-the-shelf parts. The parts include the Multimatic dual spool-valve dampers and Chevrolet Performance suspension components, according to a news release from GM Defense.

“Winning this Army award is well-deserved recognition for the hard work and dedication of our GM Defense team and their production of a fantastic vehicle. We are confident the GMD ISV will meet and exceed all of our customers’ requirements,” said David Albritton, president of GM Defense.

“It’s indeed an honor to leverage our parent company’s experience as one of the world’s largest automotive manufacturers to design, build and deliver the best technologies available to the men and women of the U.S. Armed Forces and our allies.”

The contract is for 649 vehicles. The Army acquisition objective is 2,065 vehicles, GM Defense said.