"It was terrible. I never saw anything like those camps" 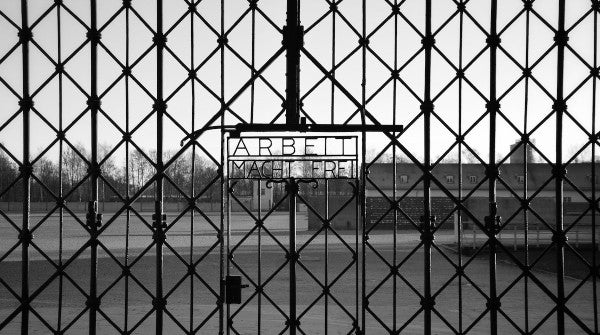 Editor’s note: This article was originally published in January 2020

“It was terrible. I never saw anything like those camps,” said Prestia, 97, who still lives in his hometown of Ellwood City.

His unit in the 45th Infantry Division was moving north of Munich on April 29, 1945, when it ran into the back of what the soldiers discovered was the Nazis’ first concentration camp, opened in 1933. The notorious German SS units that ran the camp had fled, leaving only guards in the machine gun towers to oversee the 43,000 prisoners — which included about 22,000 Jews along with political prisoners and others.

Prestia and other soldiers saw a line of railroad flat cars stacked with what appeared to be logs. But they were wrong.

Evidence of a fraction of those deaths encountered by Prestia and his unit turned their stomachs, he said.

“Some guys cried. Some guys vomited,” Prestia said. “We were not prepared for that.”

And these soldiers were not new to the war, Prestia said. They were battle-hardened, having invaded Sicily in 1943 and fought the Germans entrenched atop mountains at the Battle of Monte Cassino in Italy. They fought bitterly against German forces for months in 1944 at Anzio, Italy, and then moved on to the invasion of Southern France.

German guards had been preparing soup for inmates before they fled in advance of the Americans’ arrival. Prestia said they later learned the kettles contained a poisonous concoction. He was sure the hungry prisoners would have eaten the soup, leaving few witnesses to the atrocities committed at Dachau.

“If we had gotten there a day later, it would have been bad,” said Prestia, who was among a group of about 120 Nazi death camp liberators from across the country to be honored at the U.S. Holocaust Memorial Museum in 2010 as part of a 65th anniversary commemoration of the liberation.

Prestia has been active in talking to community groups and schools about his experiences in the war. In November, he spoke at the University of Pittsburgh at Greensburg.

Even today, he can recall the stench of the dead and dying at the camp, with its gas chambers and crematoriums.

“You could not understand how a person could treat somebody else like they did,” Prestia said at the Veterans Day event.