The Army is moving to cut all nine of its Long Range Surveillance companies from active duty and the National... 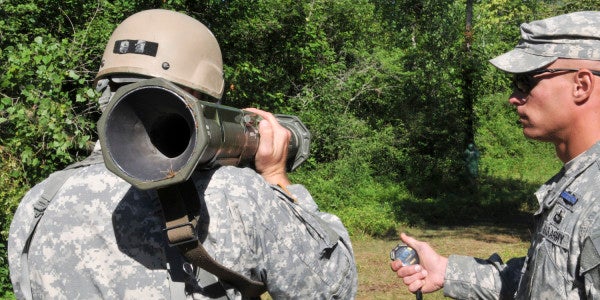 The Army is moving to cut all nine of its Long Range Surveillance companies from active duty and the National Guard this year as part of a plan to restructure its force, Army officials told Stars and Stripes.

The Pentagon will finalize a decision to deactivate three active-duty and six National Guard Long Range Surveillance companies in the next 60 days.

“Every year there are capabilities that must be added, but unfortunately this means the Army must divest some,” Army spokesman Troy Rolan said. Commanders identified operational LRS units as a low priority, he said, adding that the decision to cut LRS companies was aided by “extensive computer models using combatant commander plans to determine what the Army needs.”

Current and former LRS soldiers have criticized the pending deactivation, saying the loss of surveillance-trained troops will erode readiness and battlefield-intelligence gathering. Another concern: The Pentagon will rely too much on technological monitoring, not human surveillance, in a larger conventional war.

Todd Harrison, a defense budget expert at the Center for Strategic and International Studies, pointed to a growing preference for technology to replace humans on the battlefield.

“We’re willing to put drones and, in the future, unmanned vehicles in more dangerous situations because they don’t have mothers,” he said. “That makes them more useful to the country and the president.”

The American way of war emphasizes technology and industry as its primary strengths, and new concepts of force structure have sprung from that doctrine, said Col. David Maxwell, a retired Army Special Forces officer and professor at Georgetown University.

“Having a handful of LRS companies is not something the Pentagon thinks will have sufficient impact when we can produce battalion after battalion and surveillance drones,” he said.

Yet some experts question whether the push for digital surveillance over LRS companies – the man vs. machine debate — is based in commanders’ concerns about risking lives on the modern battlefield.

Thomas E. Ricks, a senior adviser on national security at the nonpartisan New America think tank in Washington D.C., says swapping out boots on the ground for eyes in the sky does not mitigate danger.

“Commanders think technology is the cure for what ails them,” Ricks said, but “depriving yourself of any form of reconnaissance increases your battlefield risk. The essence of combat is redundancy,” and without human intelligence, commanders will have blind spots, he said.

All this comes as the Pentagon ramps up U.S. military presence in Europe on Russia’s western flank.

Defense Secretary Ash Carter announced in May that 2,000 more U.S. troops could soon be deployed to Poland and several Baltic states, bolstering the 60,000 troops stationed mainly in Germany and Italy.

The expansion is in line with the European Reassurance Initiative, which quadrupled in budget to $3.4 billion for 2017 in an effort to shift from reassurance of NATO allies to deterrence of a Russian threat following their aggression in Crimea and Ukraine, according to Peter Cook, Pentagon press secretary. Last month, NATO troops held the biggest exercise in Eastern Europe since the Cold War.

The strategic move of troops and positioning warfighting equipment in Europe is an acknowledgement of Russia’s long-term threat in Europe and other regions, according to the CSIS think tank in Washington.

A military such as Russia’s is far more advanced than the Islamic State group and al-Qaida — from unit tactics to armor and surveillance technology — and could neutralize many of the advantages used daily in the fighting in Iraq and Afghanistan, Harrison said.

For example, troops can take advantage of air dominance while surveilling low-tech enemies fighting over patchwork terrain in Helmand province. But a conventional battle involving hundreds or thousands of troops could rise to the full spectrum. Cyber warfare attacks could compromise U.S. networks, and communication satellites could be jammed or overtasked with bandwidth from commanders demanding detailed imagery. Air weapons platforms could hunt surveillance drones over immense territory where units fight for control over roads, bridges and ports, Harrison added.

“One thing we’ll lose with LRS is the all-weather, all-environment ability to put eyes on the target,” said 1st Sgt. Chris Buchness of the Maryland National Guard, who spent 15 years in the LRS company there before it was deactivated through separate force restructuring.

“The Army is basing their decision on the fight we’ve had for the last 15 years,” Buchness said. “We have drone impunity. In a force-on-force fight, that may not happen, or it might take years after the fighting starts.”

Matt Pelak, a senior noncommissioned officer assigned to a LRS company in the Texas National Guard, said battlefield information could bottleneck without LRS companies to give reliable intelligence to commanders as technology becomes compromised in a fight.

“By getting rid of them entirely, you’re leaving no conventional asset trained in reconnaissance” for brigades of thousands of soldiers, he said.

But tasking those units to assist conventional assets would prove challenging, if not impossible, Maxwell said. Units such as Army Special Forces and Navy SEALs are too few in number to support conventional ground operations at the expense of prioritized special missions, he said.

Using those strategic assets to support conventional missions would be against the Army’s operating doctrine, he said. Tasking them with duties formerly held by LRS units also would require a rewrite of U.S. code outlining the function and capabilities of special forces, he said.

“If you don’t have recon, you can’t win. It’s a truism,” Maxwell said. “If you don’t have your own eyes on the ground, then the commander has limitations and cannot always depend on someone else’s resources. When you consider what is all-weather day or night, that is usually the human eyeball.”

But Maxwell stressed the importance of hard looks at historical resources that may not fit on a modern, technological battlefield when other capabilities are available.

“This gets to a fundamental question,” he said. “How does the Army envision fighting in the future, and what kind of reconnaissance capability does it need on the next battlefield?”

Reconnaissance and surveillance skills honed in LRS companies are among the most elite in the Army outside special operations, and soldiers in those companies enjoy outsize responsibility relative to their rank. Those skills will erode and largely disappear as the companies are deactivated, LRS soldiers said.

The operation of LRS companies is unique to conventional Army infantry units. The companies report directly to brigade and corps commanders in order to directly provide reliable intelligence without working through layers of bureaucracy at lower levels of command.

It is common for a private first class or specialist in a LRS company to brief the brigade commander on battle plans, Pelak said, which normally is done by a company commander or captain on a battle staff.

All LRS soldiers are airborne qualified, and many have graduated from Ranger and Pathfinder schools. Most LRS soldiers end up attending at the Reconnaissance and Surveillance Leaders Course at Fort Benning in Georgia — a schoolhouse that also trains units such as Navy SEALs and Marine Force Recon.

When a LRS company is deactivated, the soldiers are not forced out of the Army, Rolan said, but some will leave. When the Maryland National Guard’s LRS company folded after a restructuring decision, it touched a nerve, Buchness said. Most of the soldiers left to join units in their home states, reclassified their job specialty or left the Army. Few of them remained in Maryland to serve as line infantrymen because they saw the assignments as downgrades for their skills, Buchness said.

“I came to the Maryland LRS company as a specialist. I left the company as the first sergeant,” he said. “Had you asked me my intentions two years ago, I would’ve said I wanted to be a command sergeant major. Now I’m putting in my retirement packet.”

The impact years down the road on readiness would be difficult to gauge, Buchness said. More than half of all Ranger-qualified soldiers in the Maryland National Guard were in the LRS company — and now most of them have departed, he said, and their skills will be missed if Maryland’s soldiers are asked to serve in combat or strengthen allies. Last year, soldiers in the Maryland LRS company trained with Estonian troops to hone small unit reconnaissance techniques.

Soldiers from the small NATO nation, which shares a border with Russia and is home to an air base used by U.S. forces, told the Maryland soldiers that human-based reconnaissance is a top priority in the face of the more technologically advanced Russians, Pelak said.

In peacetime, LRS skills are not necessary, Maxwell said. That could flip during the next fight when commanders realize a historic asset is no longer reachable on the brigade radio frequency.

“What’s the price in blood we’re going to pay when we have to retrain soldiers to do the things we lost?” he asked.