Convicted serial rapist and murderer Ronald Gray moved a step closer to death earlier this month when an Army court... 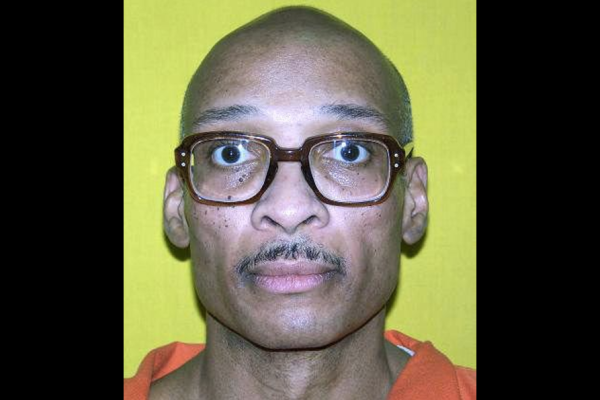 Convicted serial rapist and murderer Ronald Gray moved a step closer to death earlier this month when an Army court dismissed the latest attempt to stave off his execution.

A nine-judge panel in the Army Court of Criminal Appeals on May 9 unanimously denied Gray’s petition to have his convictions and death sentence vacated.

Gray, who has made numerous appeals through his lawyers since his conviction during a Fort Bragg court-martial in 1988, filed the petition in the Army court earlier this year, after a federal judge in another court ruled that a stay of execution first granted in November 2008 was no longer in effect and denied Gray’s request to further block the military from moving forward with the death sentence.

Gray has been confined at the U.S. Army Disciplinary Barracks at Fort Leavenworth, Kansas, since he was sentenced to death.

A former resident of Fairlane Acres near Bonnie Doone in Fayetteville, he served as an Army cook before he was convicted in a series of rapes and murders in Fayetteville and Fort Bragg more than 25 years ago.

His crimes were committed in 1986 and 1987 on Fort Bragg and near Fairlane Acres Mobile Home Park off Santa Fe Drive.

In addition to the death sentence handed down by a military court, he also received eight life sentences from civilian courts, including three to be served consecutively.

The case has lingered in the courts for more than eight years since President George W. Bush approved Gray’s execution in 2008. All military executions must be approved by the president.

But late last year, a federal U.S. District Court judge in Kansas removed the stay, months after the same court dismissed a petition for relief filed by Gray.

At the time, Army Disciplinary Barracks officials said they intended to set a date for Gray’s execution no earlier than 30 days from the date of their notice, which was filed Nov. 21.

But earlier this year, Army officials said no execution date had been set due to pending legal actions in the Army Court of Criminal Appeals.

On Wednesday, an Army spokeswoman said Gray has 30 days following the May 9 opinion to file for a reconsideration with the court or, alternatively, 20 days to petition for review with the Court of Appeals for the Armed Forces. As of Wednesday, the case had not been listed in that court’s daily journal.

In their latest petition, Gray’s lawyers asked the court to grant relief in the form of a writ of coram nobis, a legal order that allows a court to correct a judgment based on the discovery of a fundamental error which did not appear in the records of the original trial.

Specifically, lawyers argued that Gray was tried while incompetent to stand trial; that he was denied due process when military authorities failed to disclose evidence about his competency during appeal; that he was denied his rights to due process, fair sentencing and a public trial because President Bush used a confidential report in making his decision to approve Gray’s death sentence; that he was denied his Sixth Amendment right to effective assistance of counsel at his capital sentencing; that his appellate counsel rendered ineffective assistance; that his sentence was the result of racial discrimination; and that the military death penalty violates evolving standards of decency under the Eighth Amendment.

The Army appeals court denied six of the claims outright, dismissed the claim involving President Bush as being outside its jurisdiction and denied Gray’s motion for an oral argument in the case.

Gray is the longest-serving inmate on the military’s death row. If he is executed, officials said he likely would be put to death at the United States Penitentiary in Terre, Haute, Indiana — the same facility where, in 2001, terrorist Timothy McVeigh was executed for the bombing of a federal building in Oklahoma City in 1995.

If Gray is executed, it would be the first for the U.S. military since 1961.