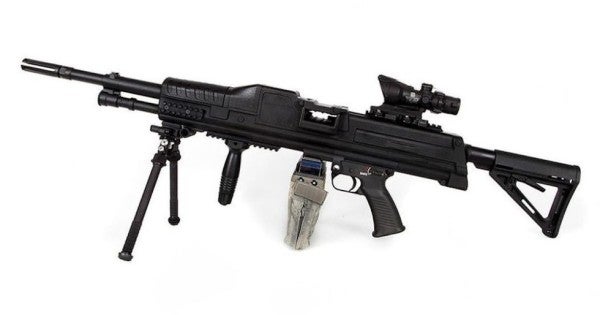 The Prototype Opportunity Notice for the NGSW-Fire Control is intended to develop a system that “increases the soldier's ability to rapidly engage man sized targets out to 600 or greater while maintaining the ability to conduct Close Quarters Battle,” according to the solicitation posted May 30 on FedBizOpps.gov.

The Army plans to award up to two five-year prototyping agreements, which will include 115 NGSW-FC systems, spare parts and other necessary items for initial prototype testing that's scheduled to take 14 months, according to the solicitation.

The Army's Next-Generation Squad Weapon program involves two weapons systems under development, chambered for a special 6.8mm round, that will replace the M249 squad automatic weapon and the M4/M4A1 carbine.

Both the rifle and automatic rifle versions of the weapon would be equipped with a sophisticated fire control designed with the following characteristics:

Interested firms have until Nov. 4 to respond to the solicitation.

The Army may request iterative prototyping efforts to achieve higher-level performance capabilities such as:

Each prototype will undergo a 14-month evaluation period that includes technical testing and user evaluations known as soldier touch points, the solicitation states.

The NGSW's fire control will be designed to work with the Integrated Visual Augmentation System, or IVAS, a program Microsoft is developing for the Army under a $480 million contract the service awarded in late November.

IVAS is intended to replace the service's Heads-Up Display 3.0 effort, featuring an advanced digital system that allows soldiers to view their weapon sight reticle and other key tactical information through an advanced goggle or eyepiece.

In January, the Army also released a separate prototyping opportunity notice inviting gun makers to develop prototypes of both the rifle and auto rifle versions of the NGSW to ensure both work the common, government-produced 6.8mm projectile.

SEE ALSO: The Army Finally Has Its Hands On A Next-Generation Rifle Prototype

WATCH NEXT: The Army Says its Next-Generation Rifle Will Punch Like A Tank's Main Gun