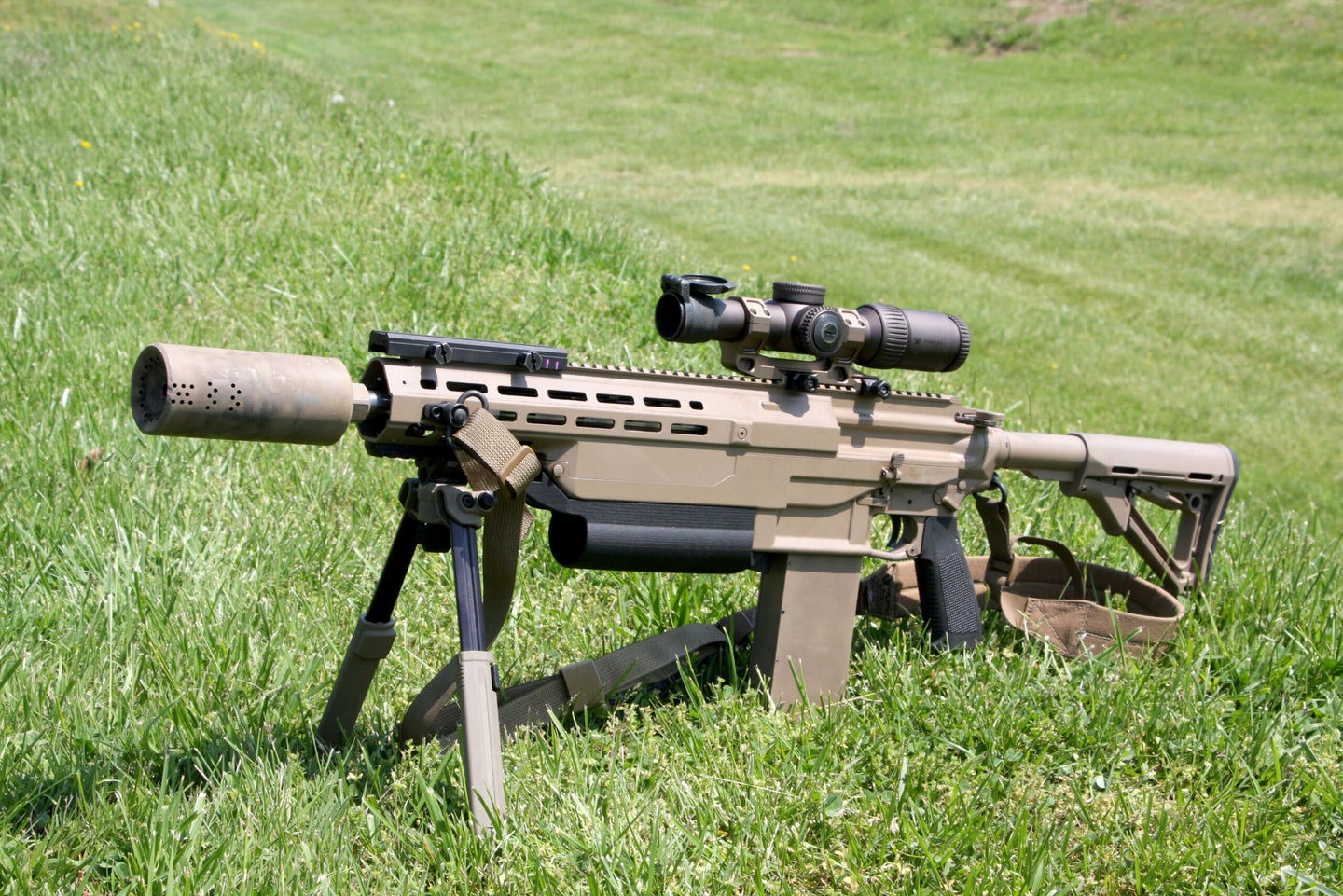 The Army is in the final phase of evaluating prototypes of the 6.8mm NGSW rifle and auto rifle prototypes, with which the service plans to replace the 5.56mm M4A1 carbine and the M249 squad automatic weapon in infantry and other close-combat units beginning in 2023.

Textron, along with competitors General Dynamics Ordnance and Tactical Systems Inc., and Sig Sauer, have delivered an initial round of weapons systems and ammunition that have gone through evaluations known as soldier touch point testing.

Textron has teamed with Heckler & Koch — the maker of the Marine Corps‘ M27 infantry automatic rifle — and Olin Winchester for its small-caliber ammunition production capabilities.

“We feel that that feedback is a very important part of this, and it has been vital in our ability to constantly improve our weapon systems,” said Prender, who added that Textron has also sought feedback from the global special operations community.

Textron has incorporated all of the feedback into its designs and is now “preparing to build, test and deliver our Prototype Test 2 weapons systems,” he said.

“We are preparing to deliver 30 rifles and 28 automatic rifles, as well as over 680,000 rounds of ammo,” Prender said. “Those weapons systems and ammo will go through additional reliability, performance and soldier touch point testing.”

Textron’s NGSW weapon prototypes evolved out of the case-telescoped systems it developed under the U.S. Army’s Lightweight Small Arms Technology program. The CT technology uses a plastic rather than a brass case to hold the propellant and the projectile, resulting in significant weight savings, Texron officials say.

Prender would not go into specific improvements but did describe how his prototypes are evolving.

“The soldier touch points have been very valuable, especially in the area of ergonomics — hand placement, trigger pull, how the user operates it, how they change magazines, how they load and unload the magazine belts for the automatic rifle,” he said. “All those things — from what they say, what they don’t say, but we observe — are all elements that are then rolled into our weapon system.”

Prender added that he knows Textron is making progress when the soldiers notice the prototype improvements over time.

“Probably the element that excites me the most is when we show up at a soldier touch point with users that have seen predecessor weapons … and they say, ‘Hey, you guys actually listened to us, and you incorporated that or you adjusted this ever so slightly, and now I can maneuver the weapon system better,'” he said. “That’s really proving that we are listening to what they are saying there.”