The Army has agreed to pay $4 million to settle a lawsuit by the families of a Marysville, Washington man... 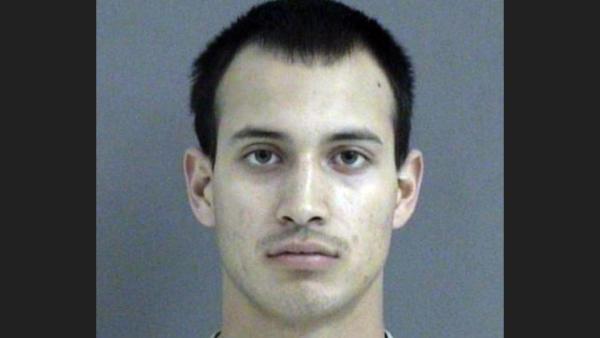 The Army has agreed to pay $4 million to settle a lawsuit by the families of a Marysville, Washington man and his girlfriend who were killed in 2011 by a group of renegade soldiers — led by another Washington man — intent on overthrowing the government and starting a race war.

The unusual settlement, reached after months of mediation, includes $1.7 million for the family of Michael Roark, a former Marysville soldier who became entangled with the group of extremists soldiers while stationed at Fort Stewart, Georgia. Roark was killed by the group of soldiers — along with his 17-year-old girlfriend, Tiffany York — because the extremist soldiers worried they couldn’t trust him.

The killings were ordered by the leader of the group, Army Pvt. Isaac Aguigui, of Chelan.

Aguigui is serving life without parole for the murder of his pregnant wife, an Army sergeant whom he strangled. He then used the $500,000 the military gave him in death benefits to finance plans that included poisoning Washington’s apple crop, bombing a public park in Savannah, Georgia, and assassinating then-President Barack Obama.

The settlement is striking because the Army had already succeeded in having the claims filed by Roark’s parents — Tracy Jahr, of Marysville, and Brett Roark, of Daytona Beach, Florida — dismissed in 2016. U.S. District Court Judge Barbara Rothstein said she had no choice but to comply with a doctrine that prevents the military from being sued for injuries arising from military service.

However, in allowing the York case to trial, Rothstein said the jury in that case would be told that both the Army and the FBI knew Aguigui posed a “substantial risk” to the public at least two months before Roark and York were killed, but did nothing.

The York case in U.S. District Court in Seattle relied on claims filed by York’s parents. Meantime, Roark’s parents had appealed Rothstein’s dismissal to the 9th Circuit Court of Appeals when the Department of Justice in Washington, D.C., agreed to take both cases into mediation, said Brian Brook, the New York attorney representing the two families.

That was last June. The case settled earlier this month.

“At the end of the day, the government agreed to pay the Roark parents $1.7 million — for a dismissed case,” Brook said. “If you can find a precedent for that, I’d be interested to know about it.”

The Army, in a pair of settlement stipulations, admitted no liability or blame. The Army did not respond to a request for comment.

“The government does not admit any wrongdoing,” Brook said. “But from my clients’ perspective, the payments in settlement of their claims is a tacit admission that mistakes were made, and without the continued stress of pending litigation.”

“Ultimately, none of this is close to compensation for the loss of their children,” he said.

Brook uncovered significant evidence that the Army knew Aguigui was a threat, including that he had almost certainly strangled his pregnant wife, Army Sgt. Dierdre Wetzger, six months before Roark and York were killed.

That investigation languished, however, while the Army went ahead and paid Aguigui $500,000 in death benefits, which he used to recruit and fund his private extremist militia on base, which he called FEAR — an acronym for “Forever Enduring, Always Ready.” He used some of that money to buy $32,000 in firearms from a Wenatchee gun store in September 2011, according to court documents.

Aguigui joined the Army after being home schooled in Chelan. He recruited troubled soldiers with drugs, video games and big talk of overthrowing the government, and he attracted a handful of followers into FEAR, including Roark, by the winter of 2011.

However, Roark got into trouble and was discharged, and according to court documents and news reports, Aguigui worried he might give away their plans. In December, Roark and York were lured into the woods outside the base, where another member of the group, former Sgt. Anthony Peden, a heroin-addicted combat veteran of the Afghanistan and Iraq wars, shot York, a high-school junior.

Another FEAR member, Pvt. Christopher Salmon, forced Roark to his knees and shot him as he begged for his life, according to evidence at the trials.

Aguigui and Salmon were sentenced to life without parole for those killings. Peden was given life with parole, with the judge citing his extensive combat record and his suffering from a traumatic brain injury.

As much as anything else, the Aguigui saga has shone a light on an issue that the military has struggled with for years — the existence of extremists within its ranks, said Ryan Lenz, a senior investigative writer for the Southern Poverty Law Center, which tracks extremists and militias.

The phenomenon seen in the Aguigui case is not new, but it is always disturbing because almost every extremist group has an end game of violence in mind, be it a race war or a confrontation with the federal government.