Army Ramps Up Security At Garrisons Throughout Europe

The Army is using improved explosive detecting gear at garrisons throughout Europe to intensify the military’s force protection and guard... 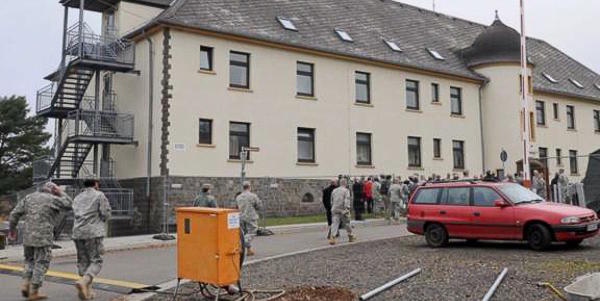 The Army is using improved explosive detecting gear at garrisons throughout Europe to intensify the military’s force protection and guard against a wave of terrorist attacks that have stretched from France and Belgium to Germany.

“Today’s operating environment has changed and we must change with it — fielding new technology and adapting our security procedures are just one aspect of keeping our personnel and communities safe,” U.S. Army Europe announced Wednesday in a news release.

In the days ahead, more security guards, soldiers and military police are expected to be posted at Army garrison entrances, where security checks will increase and be more thorough, USAREUR said.

“Given the significant and persistent threat the world faces, one way to execute the protection mission is to take advantage of the newest security-related technologies,” USAREUR said.

However, USAREUR did not detail the exact type of equipment being deployed, but did say some of the new technologies are already in place at Army installations.

“As we implement these new technologies, visitors to installations may experience delays or other inconveniences when accessing our facilities,” said a USAREUR force protection specialist, who was not identified by the Army in the news release. “However, we anticipate these delays will be minimal and short term as we adjust our procedures.”

The moves come as Germany, which has been hit by multiple acts of terrorism in recent weeks including the July attack on a café in the garrison town of Ansbach, issues a new advisory urging the country’s residents to stockpile 10 days worth of food and five days worth of water. The advisory, reported by local media this week, was prompted by concerns about a major terrorist attack that doesn’t apply to U.S. forces, so far.

“U.S. European Command is not planning to put out specific guidance to our units at this time; however, we urge all of our servicemembers and their families to review appropriate national and local guidelines and recommendations in their areas,” said Lt. Col. David Faggard, a EUCOM spokesman.

The Islamic State group claimed responsibility for the attack in Ansbach, which injured 15 local nationals. About 7,000 troops and military civilians live in the area around Ansbach. In all, there are roughly 62,000 troops stationed at bases across Europe, 30,000 of whom are soldiers mainly posted at garrisons in Germany.