Sh*t Happens — And That’s Not Always A Bad Thing

Here’s the first entry in our Combat Pooping contest, and it’s a strong one. If you have something you think... 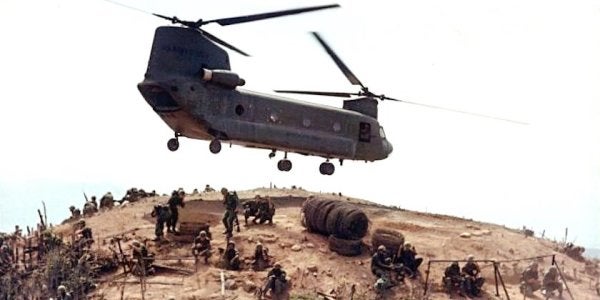 Here’s the first entry in our Combat Pooping contest, and it’s a strong one. If you have something you think is as good, please e-mail it to Tom Ricks.

My battalion in the 101st had an executive officer who was universally despised. He was called Majah Cajun or Bayou Bastard, depending on individual choice.

He was intensely rank-conscious but sometimes spoke in ways that were barely understandable. That’s a bad combination. If asked to repeat something, he invariably flew into a rage. If the speaker was junior, he usually would storm off finishing with an “I told you already” or, even ruder, “We’re finished here.” He also seemed to have suffered from a short-man complex.

The XO made a point of doing unannounced visits to the troop hootches at all times of the day or night, demanding everyone come to Attention! and respond with a strong, “Yes, sir,” at his torrent of criticisms.

He volunteered the battalion for every task he could get at the daily brigade admin meeting. This required a large pool of troops to fulfill. Troops rotating in, R&R; returnees, medical returnees, and troops rotating out, had to be held to meet the daily labor requirement. Every troop in the rear was one less in the field. As a model, my company was structured for 125. I never had over 75 men, and that included dog handlers, Kit Carson Scouts, and Artillery FOs. And we were in the A Shau.

Even more irritating, he went to the firebase at every company rotation. He would arrive in mid-morning in starched fatigues and spit-shined boots and walk the firebase as if it were the rear. Newly arrived troops would be harangued about dress, appearance, neatness of bunker—many with less than an hour on the base and without the yet-to-arrive fatigues, shower call, mail, and sundries. He was careful to get out before dark, not to be seen until the next rotation. He was a toad. He did not give a shit about the troops.

But there is a God. Here’s the evidence.

One fine day, my company had just been partially delivered to the firebase when the Majah arrived. It was a cold, misty day in the monsoon, and he met each bird admonishing the troops to hurry off, get to their bunkers, start cleaning up, and “act and look like soldiers.”

Previously, the engineers had established a latrine on one portion of the base, a large four-holer. It looked like a large kids’ playhouse, complete with sloping roof and plywood walls with a ventilation window. Inside, the “seating area” was a long planked bench with appropriate incisions. Under each was the standard half cut diesel barrel partially filled with diesel. This was a primo facility, a destination shitter, and constantly utilized.

The Majah was in the process of storming the street when a Chinook approached to deposit troops. The combination of low clouds and mist, now angrily churned by the rotor blades, augmented by the dust of the bare earth, enveloped the area with a continuous blast of opaque fine moist dirt.

The Majah, wishing to avoid such, immediately retreated to the shelter of the shitter where he slammed the door. The Chinook, blinded by its own cloud, performed a 90-degree pedal turn and attempted to gain altitude. It turned directly over the shitter, creating a huge blast of energy directed against the sail-like walls of the back.

The structure momentarily lifted and then flew forward, landing on its front face, tipping the contents of the four drums through the apertures and firmly slamming the front door—the sole exit–into the ground. The troops watched this until the Chinook cleared the hill. Several then ran over to the flipped building. From inside the toppled outhouse, they could hear screams, grunts, and Cajun-accented expletives. It was quickly ascertained that the Majah was the sole occupant.

He slammed the inside wall, but the well-constructed slabs failed to yield. The engineers had done solid work. By now, the word was out, and a number of troops gathered around, discussing what to do.

And, perhaps, taking their time to do it.

Shortly, an NCO from the artillery unit arrived to assess the situation. The troops were not particularly helpful but understood, in time, they were all going to lift the building and release the trapped XO.

All this time, the XO was screaming to the point of hoarseness, and then lapsed into a continuous kicking against the walls of his fecal prison. The NCO organized the troops into a lifting party and with a choreographed heave, brought the building to an upright position, accompanied by deep bangs and crashing as the drum halves and hinged plank seats slammed back into position. The door was blown open by the Majah who stumbled out. He was covered from head to toe with a colorful mixture of shit and toilet paper as if he had been tarred and feathered in different material.

Everyone stood around momentarily dumbfounded, parting distances in any direction in which he somewhat blindly advanced. There were a lot of smiles and snickers but no applause. The Majah strode off to the shower point to “collect himself.”

God does work in mysterious ways.

Col (Ret) Keith Nightingale commanded four rifle companies, three battalions, and two brigades. He was an expert at field sanitation techniques. He is, no shit, a member of the Ranger Hall of Fame.