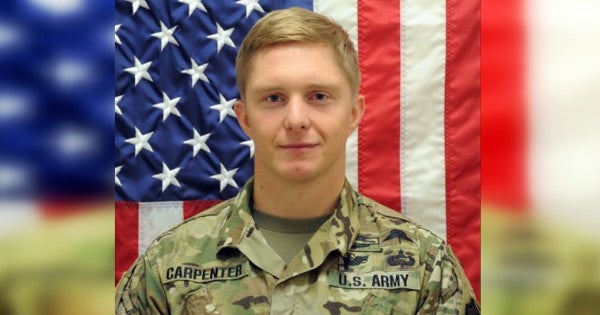 An Army Ranger stationed at Fort Bragg in eastern North Carolina was killed Friday “during routine military free-fall training” at a site in Arizona, the U.S. Army said in a press release.

Details of the accident and what caused it were not released. He died March 15.

Carpenter, a husband and father, had been in the Army since 2007 and was “deployed to combat eight times,” including one stint in Iraq and seven in Afghanistan, the Army said.

He had been honored multiple times by the Army during his service, including being awarded the Purple Heart.

“He did the toughest jobs well and was the consummate team member when it counted the most, both in garrison training and in deployed combat,” Col. Joseph Ewers, commander of the Regimental Special Troops Battalion, said in a statement.

SEE ALSO: Army Ranger Dies After Being Wounded In Afghanistan