This is the most insane story you'll read all day 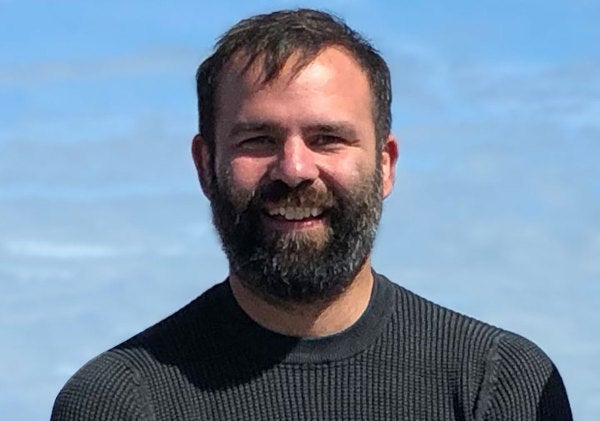 At a bar near Melbourne Beach, the underwater treasure hunter met the Army Ranger who was also a cryptocurrency millionaire and adjunct professor at one of America’s most prestigious universities.

The conversation turned to the 300-year-old Spanish galleon wrecked on the ocean floor just off the coast, and more importantly, the motherlode of gold and silver that went down with it. It was right there, the treasure hunter said, just waiting to be salvaged.

The decorated veteran and professor, it turned out, was also a systems engineer and coder. He’d developed satellite communications and avionics for military contractors at renowned laboratories. Some of that work was classified, he said, but maybe he could use his expertise to help create a technology to scan the ocean for the illusive gold?

In October 2018, Tampa-based treasure-hunting company Seafarer Exploration announced it had hired “Dr. Michael Torres,” a brilliant “wounded war veteran receiving a Purple Heart with Oak Cluster” to do just that – help them find treasure with tech.

In January 2019, Torres made the front page of Florida Today and appeared on FOX 35 Orlando wearing an Indiana Jones-esque hat and announcing he’d discovered an ancient Peruvian burial mask on Melbourne Beach.

It was all fake, Kyle Kennedy, CEO of Seafarer Exploration told the Tampa Bay Times. “This guy can spout this stuff off like no tomorrow,” he said. “Absolutely none of it was true, but unless you’re an engineer, you’d never know that.”

Last week, Seafarer filed a lawsuit in Hillsborough County demanding Torres pay back $96,583 in wages plus $6,986 charged to a company expense account. They also want him to return his 61 million shares of Seafarer stock.

The lawsuit accuses Torres, 37, of presenting a fraudulent resume that included two tours of duty in Afghanistan, a long list of medals and multiple degrees including a bachelor’s in electrical engineering from the Citadel and a doctorate in aeronautical engineering from Duke University.

The lawsuit claims Torres flunked out of the Citadel with a 1.3 GPA, and Duke does not even offer a degree in aeronautical engineering. It also claims Torres lied about being an adjunct professor at the Massachusetts Institute of Technology.

Contacted by the Tampa Bay Times, Torres said it was Kennedy who’d padded his resume to make Seafarer look good, but that he’d gone along with it. He said he never claimed to be an Army veteran or have a doctorate. He was simply an engineer hired to do a job, but was never given the proper resources to do it.

“They want to discredit me because it somehow serves whatever scam they’re pulling,” Torres said, claiming he’d soon file his own countersuit against Seafarer.

Torres said he really did earn a degree from the Citadel and had served in the Air Force. Contacted by the Tampa Bay Times, the Citadel said Torres left in 2003 without graduating. Military records show he was forced out of the Air Force Reserve Officer Training Corps that same year for poor academics. Duke University did not respond to a request for comment.

Kennedy and a diver for Seafarer named Michael Ware both described a late night spent with Torres on the front porch of Seafarer’s dive house. Torres told stories of rescuing his sergeant in Afghanistan by shooting an enemy. “He’s telling us about how the guy had a grenade in his hand,” Kennedy said. “But then the guy went into a spasm and wouldn’t let go of the grenade.”

“He talked about having to call in an airstrike on an entire village,” Ware said. “I was thinking, how unkind is it to burden others with a story like that?”

Kennedy said his team criticized him for hiring Torres, but that the scientific jargon and heroics the man spouted off sounded true and wildly impressive. Ware said he gave Torres the benefit of the doubt when he claimed to have also been a blockchain coder worth millions in bitcoin.

Both Ware and Kennedy said Torres was exposed when real scientists Seafarer hired to develop its Sea Search technology told them the supposedly brilliant scientist had no idea what he was talking about.

“There’s this meeting, and Mike is up there writing on a whiteboard all this stuff and he’s shouting like, ‘Oh! Oh! I have it!’ It looked like something from Big Bang Theory,” Ware said. “I’m sitting there thinking, wow, this guy’s a genius. Then the real geniuses pull us aside privately afterward and tell us that wasn’t an equation, it was gibberish.”

Kennedy said by the time “Dr. Michael Torres” appeared in half a dozen news stories showing off his Peruvian mask discovery, the company had become suspicious. Even though the news stories mentioned “a team of archaeologists from Seafarer,” Kennedy said Seafarer had always disavowed the mask and never owned it or announced it. The suit says Seafarer cut ties with Torres five months later.

In October, Torres showed off the mask on an episode of Discovery channel’s Destination Unknown, which also featured divers from Seafarer finding a piece of wood said to be from the galleon. Kennedy said he’d demanded Torres be cut from the episode before it aired, but he was not.

But both professors told the Times that they had not authenticated anything, and would never do so without seeing the mask in person. They said they were only commenting on the style of the artifact in the photos Torres sent them.

John De Bry, listed on Seafarer’s website as one of the company’s research archaeologists, told Florida Today in January 2019 he examined the mask and believed it was authentic and could have come from the wrecked galleon. De Bry this week said he has changed his mind, and believes the mask could be a modern souvenir made in Peru.

Torres said he was glad to be done with Seafarer and happy to no longer be “paraded around” in a charade. “I have all my own evidence,” he said. “It will all come out in court.”

Ware said he’s worried Torres is just starting his con all over again.

“If he says Kyle made him say he was a doctor,” Ware said, “then why is he still going on the news calling himself doctor?”

Kennedy said Seafarer has continued to work on developing Sea Search technology that will soon allow the company to detect treasure at its targeted sites off Melbourne and Juno beaches.

Kennedy believes the sites, which the company has spent years acquiring permits for, hold shipwrecks from the Spanish “Plate Fleet” that sank in a hurricane in 1715 while sailing to Spain with full loads of gold and silver from South America.