A 23-year-old California native received his first haircut in 15 years to enlist in the U.S. Army 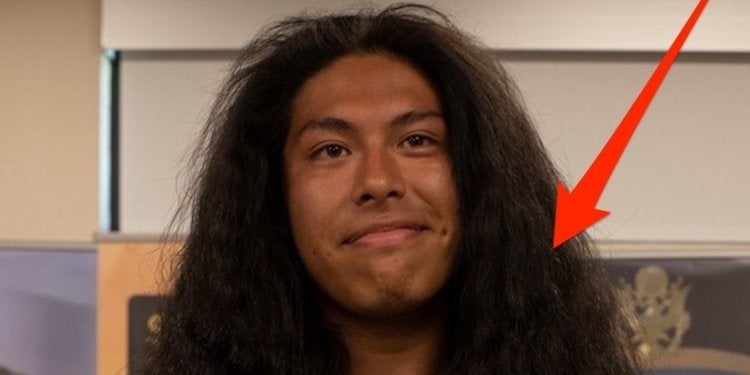 A 23-year-old California native received his first haircut in 15 years to enlist in the U.S. Army.

U.S. Army Pvt. Reynaldo Arroyo of Riverside donated 150 inches of hair to Locks of Love and enlisted in the Army as an infantryman on Thursday.

“I'm just really excited to be enlisting in the U.S. Army,” Arroyo said in a Facebook video. “Hopefully, some lucky little girl's going to get it.”

Locks of Love is a non-profit organization that donates hair to disadvantaged people with long-term medical conditions resulting in hair loss, such as cancer and severe burns.

Arroyo is scheduled to ship out to Ft. Benning, home of the Army's infantry school, within the next two weeks, a U.S. Army spokesperson told INSIDER.

But Arroyo will not be sporting his fresh haircut for long.

Upon arriving at Ft. Benning, he is expected to receive a buzz cut like all the other male recruits. After graduating and at his commander's discretion, he may grow out his hair again, so long as it remains “neat and conservative,” according to Army regulations.