A former U.S. Army recruiter is accused of planning an escape from the county jail where he was being held on sexual assault charges 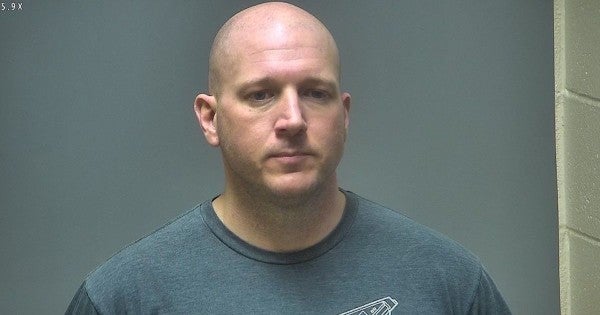 MOUNT PLEASANT, MI – A former U.S. Army recruiter is accused of planning an escape from the county jail where he was being held on sexual assault charges.

According to Isabella County Sheriff Michael Main, McKern's cellmate was a jail trustee incarcerated on a probation violation. When the trustee was spotted passing contraband to a fellow inmate, officers searched him and found drawings and plans on how to escape the building, Main said.

“There were a couple of different options on how to get out of the building,” Main said. One involved faking a medical condition and another would have involved the trustee cutting a hole in the roof and lowering a rope ladder through it for McKern to climb up, the sheriff said.

“Once (staff) interrupted it, (the trustee) was up front and talked about it,” Main said. “He was definitely cooperative.”

When staff confronted McKern, he claimed he had merely been bored and was making up theoretical escape plans, Main said. According to The Morning Sun, McKern also told officers he was following his military training that if captured it is his duty to escape if possible.

On May 10, McKern was arraigned in Isabella County District Court on a charge of solicitation for escape while awaiting trial, punishable by up to two years' incarceration.

He is slated to appear for a preliminary examination on the attempted escape charge on May 30.

The trustee accused of assisting McKern in his scheme is not facing charges.