A U.S. Army recruiter killed in a hail of gunfire Wednesday night is being remembered as a faithful servant to his country and his family 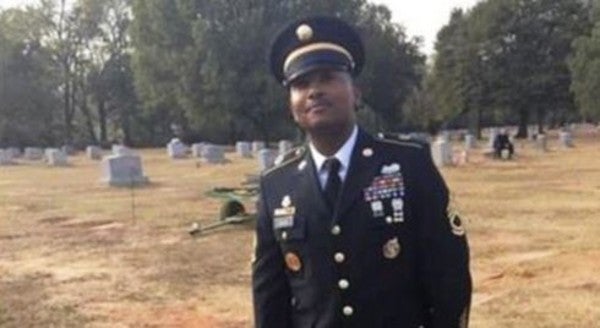 A U.S. Army recruiter killed in a hail of gunfire Wednesday night is being remembered as a faithful servant to his country and his family.

Army Sgt. Tristian Jackson, 36, was shot to death as he arrived at an east Birmingham home to visit a relative. Birmingham police responded just after 9:30 p.m. to a home in the 300 block of Killough Springs Road. That house is between Five Mile Road and Orchid Lane.

The gunfire erupted in the garage area and Jackson was able to make it inside before he collapsed in or near the living area. He was pronounced dead on the scene.

Jackson joined the U.S. Army when he graduated from high school. He was previously stationed in Iraq and Germany before joining the Montgomery Recruiting Battalion. He had been in the military for 18 years at the time of his death.

“He was a military man, not just at work but off work,'' said a close family friend, who asked that her name not be used. “He was a career military veteran who was murdered. There's not a strong enough word to describe what happened to him. It doesn't make sense.”

More than a dozen of Jackson's family members and friends rushed to the scene Wednesday night, visibly upset by the crime. The family friend said Jackson was devoted to his mother and his 4-year-old daughter. “He was the one that always wanted to the family to be together,'' she said. “He was a good dad and the life of the party.”

“He just radiated love,'' she said. “He was someone you couldn't be mad at, that's we we're all so shocked. That's why so many people went to the scene. It still doesn't feel real.”

“I think everybody is in a state of shock,'' she said. “Never in a million years would they have expected to get that phone call. He was always happy, always smiling.”

Birmingham police have not announced any updates in the investigation. “We want people to come forward who may have information about what may have occurred here tonight,” said Sgt. Johnny Williams.