From Mexico to the US Army, this recruiter excels at serving his adopted country

Staff Sgt. Roberto Morales, a recruiter for Superstition Recruiting Station, Tempe Recruiting Company, was born and raised in Mexico until he left for the United States at the age of 9 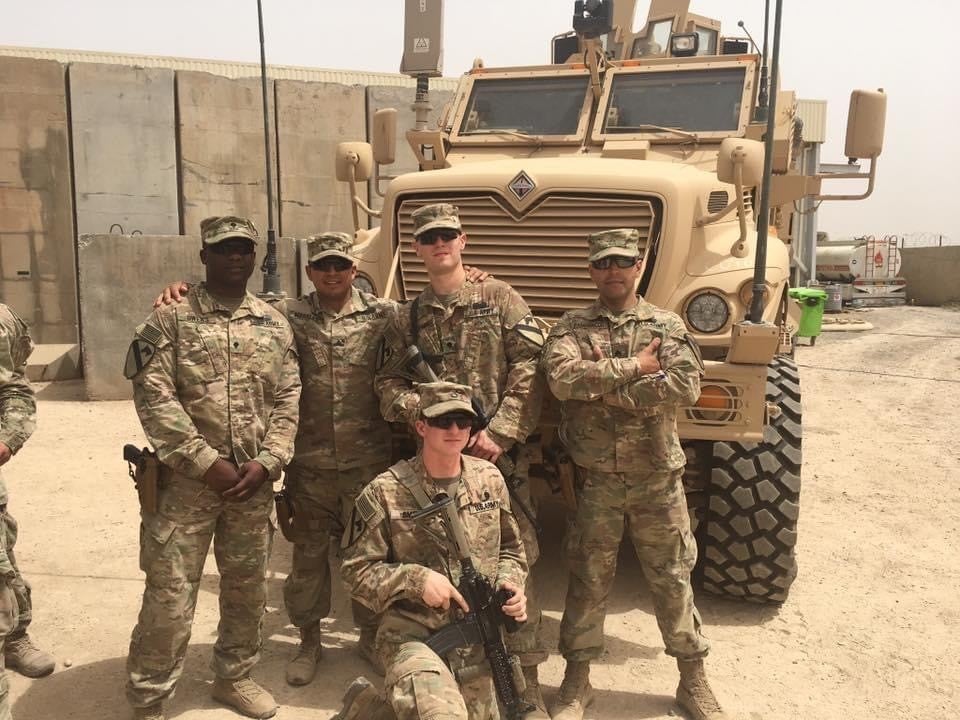 TEMPE, Ariz. – For many immigrants, serving in the U.S. Army is a way of giving back to the nation which has given them a better life and helped make their dreams become reality.

It’s a selfless service which makes the Army a unique melting pot of Soldiers from many diverse races and nations.

Part of this group is Staff Sgt. Roberto Morales, a recruiter for Superstition Recruiting Station, Tempe Recruiting Company, who was born and raised in Mexico, until he left for the United States at the age of 9.

Morales, 30, was born in Mexico City, before moving to Texas, with his family looking for a new start. Things however were not easy, with Morales having to undertake some tough adjustments during his youth.

“I grew up in Sherman, Texas, where I went to school and graduated in 2007,” Morales said. “I grew up with my mom and stepfather until about my sophomore year in high school. Due to the living conditions and circumstances I was facing growing up in, I had to leave.”

Fortunately for Morales he found a place to live with his girlfriend and her family.

“I had to find another place to live in order to make it through high school. I moved to my girlfriend and her parents house at that time in order to focus on school and graduating,” he said. “I’ve been married to Heather for 12 years now and she is one of the biggest blessings in my life.”

Morales developed an interest in the Army during his high school years, thanks to frequent visits from local recruiters.

“My interest in the Army was sparked when an Army recruiter came into our classroom to give us a presentation,” Morales explained. “He ended up being my recruiter when I enlisted and was very helpful with any questions or concerns I had. I felt that he always had my best interest at heart and wanted to help me and my family out.”

“I chose cavalry scout as my MOS (military occupational specialty) because I wanted to deploy and fight for this great country,” Morales said. “My brother-in-law is also a cavalry scout, so that played a factor in me choosing that MOS as well.”

Morales had the opportunity to deploy in 2017 to Iraq with the 1st Cavalry Division and found himself in a situation where his Army training became essential.

“During my deployment to Mosul, we encountered an incident where our leader’s recon came under heavy fire, injuring one of our sniper leaders,” Morales recalls. “I maneuvered in order to get to the casualty and carry him out to safety under fire.”

For his heroism, Morales was awarded an Army Commendation Medal with Valor, something he attributes to the leadership who molded him.

“I have been very blessed with great leadership and mentors in my short career, which have played a vital role in molding me into the leader and noncommissioned officer I am today,” Morales said. “This was a very humbling and a proud moment in my career.”

In 2019, Morales was assigned to the Phoenix Recruiting Battalion, throwing him a new challenge, one he has taken on energetically, resulting in being named Fifth Recruiting Brigade’s 3rd Quarter NCO of the Quarter, for fiscal year 2020.

“I’ve only been recruiting for almost a year now and I absolutely love it,” he said. “I enjoy the fact that we can change someone’s life, by providing an opportunity to be part of a great organization that loves to take care of its people and families.”

Morales has found himself also being able to achieve this by volunteering in the local community, such as coaching the Red Mountain High School soccer team, who he took to the Arizona state playoffs in 2019.

“I have been playing soccer as long as I can remember; it has always been a passion of mine. I played throughout high school and continue to play today,” Morales said. “I have coached multiple teams ranging from ages 5 to 18. I love the sport so much and I find passion in being able to watch young players grow and develop their game.”

Coaching the youngsters gives Morales a chance to mentor them and develop their skills, both on and off the field.

“I love being able to influence young athletes not only on the field but off the field as well. I like to think of myself as a mentor to these kids and help them grow into young responsible adults,” Morales added. “Sometimes kids use the sport to get away from problems at home and this is their only escape out of reality. So I take pride in being there for them and listening to what they are going through in life.”

With the support of Heather, his two children, daughter Isabella, 12, and son, Bentley, 10, Morales is confident about his family’s future and his Army career, while also pursuing a bachelor’s degree in Homeland Security at Grand Canyon University.

“I’d like to continue my career in the Army as long as possible … I hope to get promoted to sergeant first class and continue to develop and lead young Soldiers into great Army leaders,” he said. “When I eventually retire, hopefully I can continue to impact people in a positive way.”