The decision settled a lawsuit the Justice Department filed on behalf of U.S. Army Command Sgt. Maj. Dwayne Coffer, alleging that school-district officials had illegally taken away Coffer's job in the summer of 2017 while he was on active duty in the reserves. 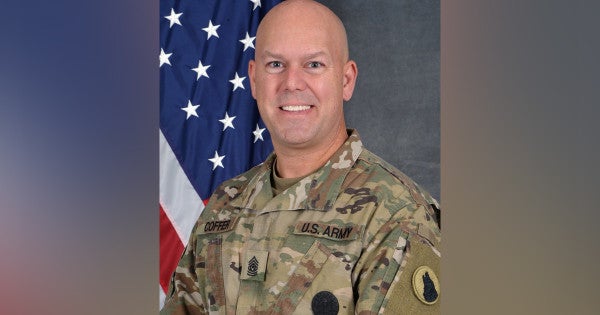 The decision settled a lawsuit the Justice Department filed on behalf of U.S. Army Command Sgt. Maj. Dwayne Coffer, alleging that school-district officials had illegally taken away Coffer's job in the summer of 2017 while he was on active duty in the reserves.

It's the second time federal lawyers have sued the Warren County Schools over its treatment of Coffer, and the second time district officials have settled the matter out of court. Similar issues surfaced in 2012.

“Members of our reserves … are often called away from their civilian jobs in order to provide the security our nation depends on,” said Robert Higdon, U.S. attorney for the Eastern District of North Carolina. “These citizen service members should never face losing their jobs or be forced to accept an inferior position when they answer that call.”

Issued Thursday by Justice Department officials in Washington, D.C., the announcement also said the out-of-court settlement requires the school system to give Coffer back pay and pension benefits for the time he should have been serving in the dean of students post.

Filed in April, the latest lawsuit alleges that Warren school officials telephoned Coffer while he was away on active duty and notified him that the school board had eliminated his job.

They offered to keep him on as a gym teacher at the Northside K-8 school, a job that was not only a demotion but one he didn't have any recent or Warren County experience of doing. Coffer inquired about administrative openings, but was told it was too late for him to apply for the ones that were open in the summer of 2017.

Coffer filed a complaint with the U.S. Department of Labor, which investigated and made a point of telling former Superintendent Ray Spain that the reservist wanted his job back.

After reinstatement or the offer of an equivalent position didn't materialize, the Labor Department referred the matter to the Justice Department, which took it to federal court.

In the process, it noted the settlement of the previous, 2012 lawsuit against the school system had barred it from taking “action against any person, including but not limited to Coffer, that constitutes retaliation or interference” under the Uniformed Services Employment and Reemployment Rights Act.

That 1994 statute, signed into law by former President Bill Clinton, “safeguards the rights of uniformed service members to return to their civilian employment following absences due to military service obligations and protect servicemembers from discrimination on the basis of their military obligations,” Justice Department officials said in a Thursday news release.

The 2012 lawsuit came about after Spain's administration ousted Coffer from an assistant principal's position at Warren County High School in 2008, after “staff members expressed frustration at accommodating his military service during the school year.”

It said Spain had told the sergeant, and a school board member, that Coffer could choose whether to take military leave during the school year.

Furthermore, Coffer was the target of criticism from another staff member at the high school, Carolyn Faucette, who argued that if he was really concerned about the Warren County Schools, he should do his military service on weekends, the Justice Department alleged in 2012.

Both lawsuits noted that Coffer in reporting for duty was responding to orders from the Army. His active-duty periods took him to Kuwait and Afghanistan in 2004 and 2005. Afghanistan was then and remains an active war zone.

Faucette — who's also worked in the Vance County Schools — became principal of Warren County High in the summer of 2008, after the school board agreed with Spain that Coffer shouldn't receive a new contract.

The settlement of the 2012 lawsuit, in addition to warning Warren officials not to do it again, required them to rehire Coffer as a lead teacher or site supervisor.

Thursday's announcement came less than a month after Mary Young took over as superintendent of the Warren County Schools, replacing the now-retired Spain.

At the federal level, support for the idea that active-duty and reserve members of the military shouldn't face demotion or loss of employment for being called to duty is bipartisan, and consistent. The current law builds on earlier versions dating back to at least 1968. The two lawsuits about Coffer's treatment played out during the presidencies of Barack Obama and Donald Trump.