Army Reservist Abandons Dying Fellow Soldier After Crash, Says He ‘Did Not Care’

A drunken driver who crashed into a Lakewood, Washington power pole and killed his passenger Wednesday said he doesn’t care... 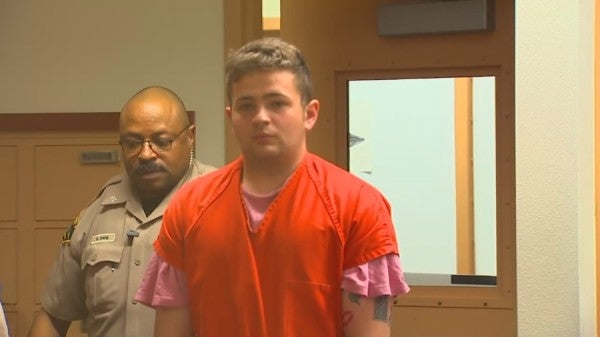 A drunken driver who crashed into a Lakewood, Washington power pole and killed his passenger Wednesday said he doesn’t care about the man he left bleeding when he ran from the scene, records show.

While two officers were applying tourniquets to Hernan Barragan’s arm and leg in an effort to save his life, Jefferson Taylor was trying to push his way into a nearby apartment to hide from police.

Taylor, a 21-year-old Joint Base Lewis-McChord resident, struggled with officers and allegedly threatened to kill them as he was taken to the hospital.

Barragan died at the scene, 40 minutes after the wreck.

Pierce County prosecutors on Thursday charged Taylor with vehicular homicide, two counts of third-degree assault, failure to remain at a fatal collision and obstructing a law enforcement officer in connection with Barragan’s death.

Barragan, 32, was an active-duty member of the Army Reserve. He was from Hollister, California, and stationed at JBLM.

It’s unclear how the two men knew each other and where they were coming from when Taylor crashed his pickup truck.

Taylor was driving more than 80 mph in a 25 mph speed zone when he lost control shortly after midnight on 108th Street Southwest at Douglas Drive Southwest.

The truck hit a power pole and kept going another 500 feet, shearing off two streets signs before stopping in the road.

Witnesses said Taylor took off running right after the crash.

Barragan was still seat belted in the passenger seat when police arrived. Officers tried to revive him and firefighters managed to extricate him from the crumpled vehicle, but Barragan died.

Police used a search dog to track Taylor to a nearby apartment complex, where officers could hear yelling.

They found Taylor lying on the ground outside an apartment door covered with bloody handprints. Taylor was bleeding profusely from a head wound.

Although Taylor claimed the man who lived in the unit shot him, officers determined that Taylor woke the man up by pounding on the door and tried to push his way inside when he heard police approaching the area.

Taylor struggled with police as he was taken into custody, kicking one officer in the chest. He kicked the doors and windows of the patrol car and repeatedly spit blood and threatened to kill officers.

“When told that Mr. Barragan was dead, the defendant responded with expletives, stating he did not care about him,” according to charging papers. “The defendant then launched back into his verbal attacks on the officers.”

Medical staff had to sedate Taylor so they could treat his head wound.