In Afghanistan, He Was An Army MP. At Home, He’s A Convicted Pimp

Military policeman in Afghanistan. Pimp in Charlotte, North Carolina Those two sides of Xaver Boston crashed head-on this week in... 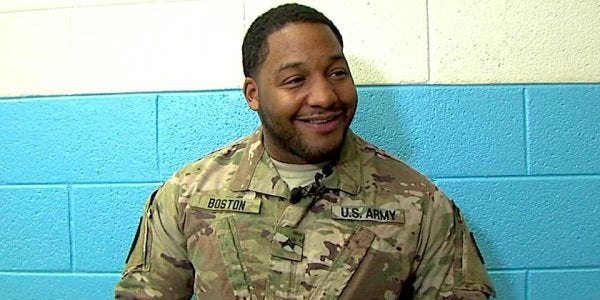 Those two sides of Xaver Boston crashed head-on this week in an uptown federal courtroom. There, the 29-year-old former Army Reservist was convicted of running a five-year, sex-trafficking ring that preyed on young, drug-addicted women.

Three of those women testified against Boston during his three-day trial. After seven hours of deliberations, Boston’s jury found him guilty of six counts of sex trafficking and one count of using an interstate facility to promote a prostitution enterprise, prosecutors say.

Boston, nicknamed “Romeo,” faces 15 years to life and a $250,000 fine for each trafficking conviction, and will be sentenced by U.S. District Judge Robert Conrad at a later date. Boston remained in custody Friday at the Mecklenburg County Jail.

After the verdict, U.S. Attorney Andrew Murray described Boston as a predator “who ran a criminal enterprise that violated the most basic standards of human decency. ”

Boston, according to Murray, “preyed on and abused vulnerable young women … and used violence and drugs to exert his control.”

According to court documents, Boston recruited women, including one teenager, who were struggling with addiction. He promised them heroin, hydrocodone and other drugs both to feed their habits and to control them.

When the women refused to follow his commands or not hand over what they had earned from having sex, Boston withheld their drugs and thrust them into the agonies of withdrawal, documents say.. He also choked, punched and slapped them. Once, according to prosecutors, Boston pistol-whipped one of his women and broke her nose.

Boston began operations in 2012 and shut down the ring only once — in 2016 when he was deployed to Afghanistan to join the security detail of a U.S. major general stationed in Kabul, documents say.

Shortly after returning home in March 2017, Army Reserve Cpl. Xaver Boston slipped into his daughters’ elementary school in Winston-Salem for a surprise visit.

“I was just telling them how much I loved them, how much I missed them,” Boston told the Winston-Salem Journal after a school-wide ceremony.

Soon afterward, according to court documents, Romeo Boston returned to Charlotte and reopened his sex ring.