Why The Army Rummaged Through A War Hero’s Trash

The Army spied on one of its most decorated soldiers, going so far as to search through the trash of … Continued 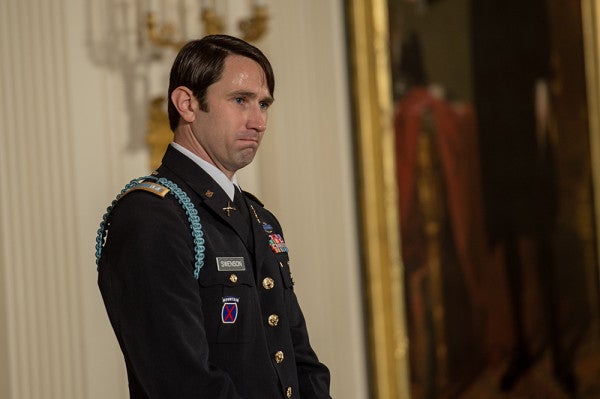 The Army spied on one of its most decorated soldiers, going so far as to search through the trash of Medal of Honor recipient Will Swenson. Why? Because he was mentioned in a book review on Amazon.com. The Daily Beast’s Jacob Siegal, who broke the story Feb. 26, describes the event as one of a number of cases where the Army has launched investigations of high-profile soldiers, only to have the investigations themselves come under scrutiny.

This all started because Swenson was loosely linked to a 2011 Amazon.com book review by Army Maj. Matthew Golsteyn of Bing West’s book “The Wrong War.” Golsteyn is a decorated Green Beret who was later accused of violating the military’s rules of engagement for killing a known bomb maker while deployed to Afghanistan in 2010. Though no charges were ever brought against Golsteyn, the allegations were enough to have his Silver Star revoked, and the very mention of Swenson in association with him became enough “evidence” to tie the two together in some undisclosed — and in the case of Swenson probably nonexistent — crime.

According to sources familiar with the investigation, the Army may have been searching for something to quiet the Medal of Honor recipient, who is known as much for his heroism as he is for his scathing criticism of the Army’s leadership.