Army Says Waivers Won’t Be Issued For Self-Mutilators, Others With Mental-Health Issues

The U.S. Army has not and will not approve enlistment waivers for individuals with a history of self-mutilation or other... 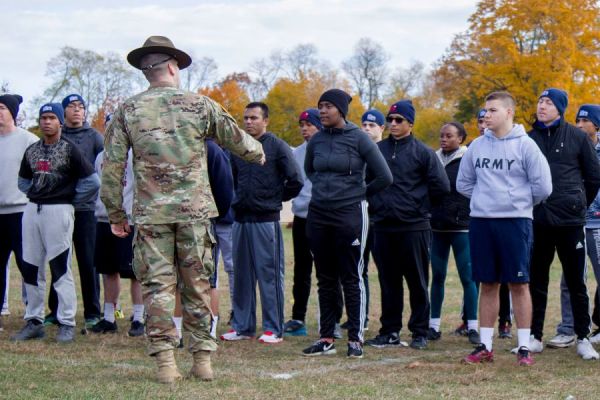 The U.S. Army has not and will not approve enlistment waivers for individuals with a history of self-mutilation or other documented serious mental health conditions, the Army’s top general said Wednesday.

Gen. Mark Milley, the Army’s chief of staff, said recruitment standards have not been adjusted to meet hefty accession goals as the service looks to grow its force for the second consecutive year, calling a USA Today report that indicated the service would accept some individuals with past mental health issues “mischaracterized.” The report cited internal Army documents and listed conditions including self-mutilation, bipolar disorder, depression or drug or alcohol abuse.

The only change the Army has made is to lower the level at which ascension waivers for most issues must be approved, the service said in a statement following the USA Today report published Sunday. That change, moving the level of authorization from Army headquarters to U.S. Army Recruiting Command, was quietly implemented in August. But the Army’s statement did not clarify in what situations it would grant waivers for potential recruits.

On Wednesday, Milley clarified it was not changing any categories of waivers that would be approved. The Army has routinely granted waivers for individuals to enlist or commission for a variety of reasons, including criminal history, medical issues, vision problems and age. Certain issues including felony convictions, serious mental health issues and criminal drug use other than marijuana cannot be waived by Defense Department policy issued in recent years.

Acting Army Secretary Ryan McCarthy said he and Milley spoke Tuesday with Sen. John McCain, R-Ariz., to clarify the issue. He said the Army had been assured by the chairman of the Senate Armed Services Committee that civilian nominees would not be held up over the reports. McCain earlier Tuesday had threatened such action, citing the USA Today report.

The Army is looking to recruit 18,000 new soldiers by September, but Milley said he has made clear that the quality of applicants is the priority over meeting recruiting goals.

“Here’s what we’ve told recruiters: If you make the numbers that’s great, but you will make the standard,” Milley said. “We will not reduce quality to gain quantity. Full stop.”