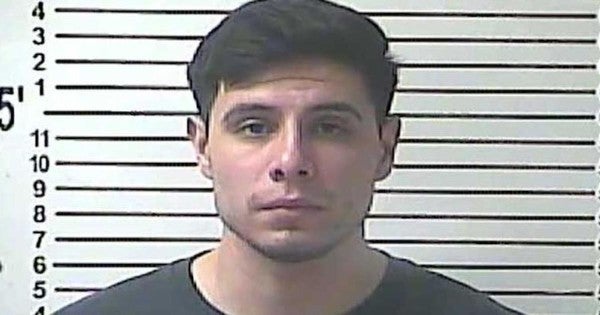 An Army sergeant stationed at Fort Knox has been charged in the murder of an Indiana teen, according to media reports.

German Parra, 26, was arrested in Hardin County in connection with the death of Xavier Weir, 16, who was shot in Beech Grove, Ind., April 7.

Parra, a military police officer, is the second person charged in the case, the Indianapolis Star reported.

Police say Isaiha Funez, 16, who also is charged in Weir's murder, and Parra, a man who Funez knew only as “the Army guy” were together in a car that followed Weir until he pulled into a driveway, FOX 59 reported.

Then, police say, they got out and opened fire on Weir's car, which later caught fire.

The television station reported that Parra told Funez he wanted to rob Weir, who had been advertising on Snapchat that he had a stack of cash and THC cartridges to sell.

Funez told police that Weir had threatened him on social media and robbed his brother, the media outlets reported.

According to FOX 59, Parra was known by Funez and some other witnesses simply as “the Army guy.”

U.S. Marshals arrested Parra on April 23, according to jail records. He is being held in the Hardin County Detention Center without bond.

An extradition hearing has been scheduled for May 24, according to Hardin County court records.

According to the Elizabethtown News-Enterprise, detectives do not think Parra used a military-issued weapon in the shooting.

Parra joined the Army in 2012 and is a sergeant who has been assigned to Fort Knox's 34th Military Police Detachment since October, the newspaper reported.

SEE ALSO: Former Green Berets Get 9 Years In Jail For Trying To Bring 40 Kilos Of Colombian Bam Bam Into The US