The U.S. Army Special Operations Command International Sniper Competition brings around two-man snipers teams from across both the U.S. armed forces and foreign special operations forces for several days of fine marksmanship skills. And yet again, Army snipers bested their fellow sharpshooters in the Navy, Coast Guard, and, uh, Marines 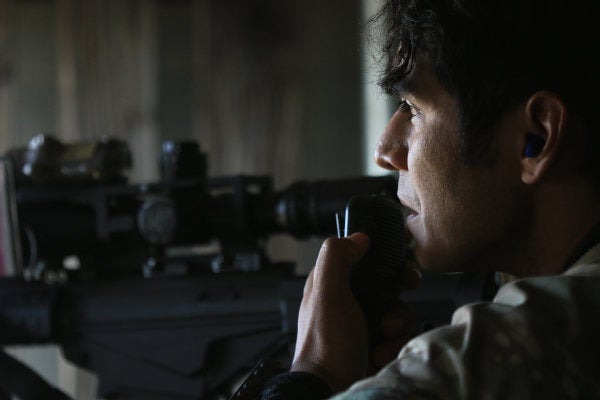 And yet again, Army snipers bested their fellow sharpshooters in the Navy, Coast Guard, and, uh, Marines.

Given the elite status and popular reputation of Marine scout snipers, such a defeat may seem shameful. But to be fair, Army snipers have owned the USASOC competition for the last several years: A two-man team from the 1st Special Forces Group (Airborne) emerged victorious in 2018 following the back-to-back wins for the 3rd Special Forces Group (Airborne) in 2017 and 2016.

Even so, the third-place finish at the USASOC competition has to sting just a little bit in light of some other recent defeats.

In May 2018, two soldiers from the 82nd Airborne Division took the “high shooter” and “high stalker” awards upon their graduation from Scout Sniper Course 1-18 at Camp Geiger on Marine Corps Air Station New River, Military.com reported at the time.

The following October, not only did the Marine Corps contenders at the 2018 International Sniper Competition at Fort Benning, culled from the Scout Sniper Instructor School, come in 10th to the 75th Ranger Regiment’s victorious duo, but finished behind a team from the Coast Guard’s Special Missions Training Detachment.

WATCH NEXT: The Coast Guard Has Better Snipers Than The Freakin’ Marine Corps