The body of Staff Sgt. Matthew Morgan, 30, was found by the Japanese Coast Guard near the USS Emmons, a sunken World War II ship near Kouri Island 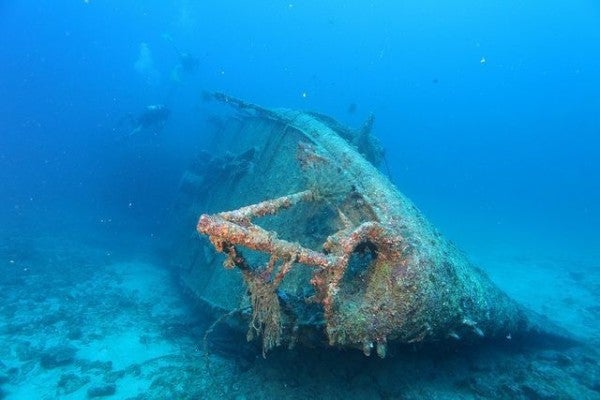 An Army soldier from northwest suburban Palatine, Illinois died earlier this week while scuba diving recreationally off of Okinawa, Japan, according to his family.

An Army spokesman said Morgan was assigned to Okinawa as a contract specialist and confirmed his death, but had no other details about the case.

“The investigation of this incident is still ongoing, so there isn't any additional information available until the investigation is complete,” said Lt. Col. Vinston Porter.

Stars and Stripes reported that Morgan, a diving instructor assigned to Torii Station on Okinawa, went on a recreational dive with three others on Sunday; his body was recovered by Japanese authorities on Monday.

Waskin said Morgan loved scuba diving and had previously gone “many times” to that spot, a popular dive site.

“Once he discovered life under the sea, his passion for diving took off,” Waskin said. “He used his expertise as a technical diver to train others. Matt really enjoyed teaching and touched many lives in Okinawa and throughout the diving community.”

Morgan attended Palatine High School from 2003 to 2007 and had played baseball there, according to Township High School District 211.

A Twitter site for the Palatine High School baseball team posted a tribute to Morgan on Tuesday.

“Thank you for service, your selfless leadership and your willingness to give back,” the tweet said. “You were so proud of the uniforms you wore. Thank you for leaving a legacy. You will be missed my friend.”

Waskin said a military service is scheduled for Morgan in Okinawa on Friday, and that some of the soldier's relatives are in Japan and will be attending.

“I think he was a very giving individual,” he said. “He wanted to make a difference and service his country.”