Three junior U.S. Army soldiers stationed in South Korea were docked pay and busted down to the lowest enlisted rank after they were caught sneaking off to a bar and illegally returning back to base 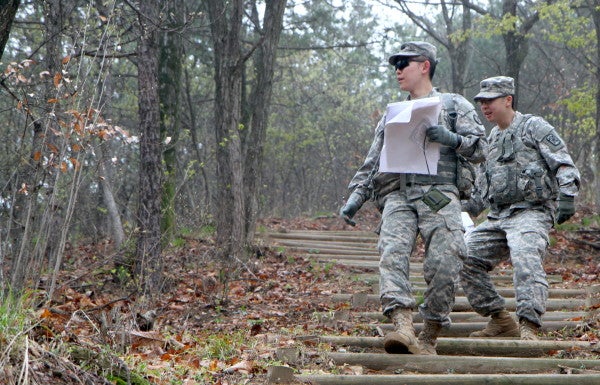 Three junior U.S. Army soldiers stationed in South Korea were docked pay and busted down to the lowest enlisted rank after they were caught sneaking off to a bar and illegally returning back to base.

According to the Army's findings, the trio violated public health guidance by making their non-essential off-base trip and then returning through “a hole in the installation's fence.”

The unnamed soldiers comprised of two Privates Second-Class (E-2) and a Private First-Class (E-3) from the 94th Military Police Battalion, 19th Expeditionary Sustainment Command, 8th Army, in Camp Humphreys, according to a statement.

The soldiers, who were also punished for not reporting the hole in the fence, were all demoted to Private (E-1), forfeited $866 per month for two months, under restrictions for 45 days, and received 45 days of extra duty.

“Doing the wrong thing has serious consequences,” the 19th Expeditionary Sustainment Command said in a Facebook post. “Don't risk everyone's safety and our ability to complete our mission because you can't follow orders.”

The United States Forces Korea command has taken a hardline approach in efforts to stave off the novel coronavirus outbreak in the country. Troops in South Korea imposed strict measures, including limiting travel, almost immediately compared to other military forces in the US. Commanders in the region have also been active on social-media channels, delivering warnings about the coronavirus and conducting online town halls.

It is unclear exactly how many troops have tested positive in South Korea after the Defense Department mandated military bases to stop reporting coronavirus numbers. Over 3,500 troops in the entire U.S. military tested positive for the coronavirus as of Wednesday, of which 1,073 recovered and two died.

For the fourth day in a row, South Korea has reported less than 15 new cases on Wednesday, according to Yonhap News. Over half of new cases in the last two weeks were reportedly from travelers who recently arrived in the country. Around 10,700 people were infected and 237 have died.