The ex-wife of a Special Forces major has filed a lawsuit that accuses him and his lover of posting embarrassing... 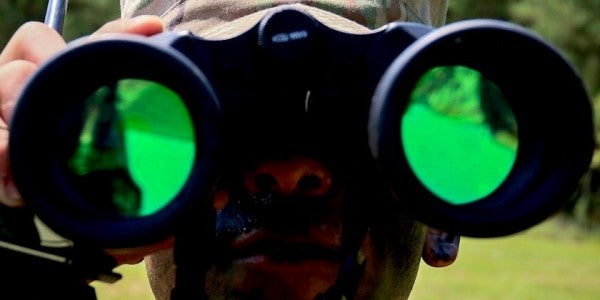 Elizabeth Ann Clark filed the lawsuit against her ex-husband, Adam Matthew Clark, who is an Army major with the 3rd Special Forces Group at Fort Bragg. Also named as a defendant is Kimberly Rae Barrett, with whom Adam Clark had an affair, according to the lawsuit. Porter said Barrett is a lieutenant colonel and an obstetrician-gynecologist at Womack Army Medical Center.

The lawsuit also alleges libel, infliction of emotional distress, criminal conversation (having sex with a married person) and alienation of affection (stealing away someone’s spouse). The ex-wife is seeking at least $110,000 plus attorney fees and punitive damages.

According to the lawsuit, the Clarks married in 2010 and had two children.

The suit says that when Adam Clark was away for his military duties, the couple maintained their sexual relationship by exchanging adult text messages and photographs.

The relationship changed in 2016, the lawsuit says, when Adam Clark was at Fort Belvoir, Virginia. Elizabeth Clark began to notice that her husband “did not seem like himself,” her complaint says, and “his mobile device began to show his location at the opposite end of the hotel where his room was located. Additionally, his credit card charges doubled for routine expenses such as meals and entertainment.”

The suit alleges Barrett also was at Fort Belvoir at the time, and that’s where Adam Clark met her and “began an illicit sexual and romantic affair.”

Adultery is a crime under military law.

“1st Special Forces Command is aware of the allegations against Maj. Adam Clark, and an investigation is underway,” said Maj. Beth Riordan, a spokeswoman for the command. “We take allegations of misconduct seriously, and we hold our soldiers to the highest standards of conduct, both on and off duty.”

The relationship deteriorated after Clark returned from Fort Belvoir, the suit says, and he later confessed to an affair. Their divorce became final in February.

Adam Clark lives with Barrett in Harnett County, Porter said, and has a child with her.

The lawsuit accuses Adam Clark and Barrett of “a coordinated campaign to harass and humiliate” the plaintiff because he was unhappy with the child support he had to pay his ex-wife. This included placing an advertisement on the Craigslist website with Elizabeth Clark's name and contact information, saying she had sexually transmitted diseases and asking for people to contact her for sexual favors.

“Additionally, on or about April 29th, 2018, Plaintiff became aware that, through various aliases, Defendant Clark and Defendant Barrett had posted to the internet on various websites nude photographs of Plaintiff,” the lawsuit says.

These were the photos that Elizabeth Clark had sent to Adam Clark when they were married, the lawsuit says, and no one else would have them.

On Wednesday, Elizabeth Clark obtained a court order telling Adam Clark and Barrett to remove the nude photos and any defamatory statements they published about her.

Two other court cases regarding the divorce provide some perspective from Adam Clark’s side of the story. He said in a court filing that he and Barrett were friends before they began dating.

He alleges Elizabeth Clark harassed and threatened him and Barrett repeatedly across two years, that she abused over-the-counter medications, that she allowed her father to watch their children while intoxicated, and that she has violated terms of their separation agreement.